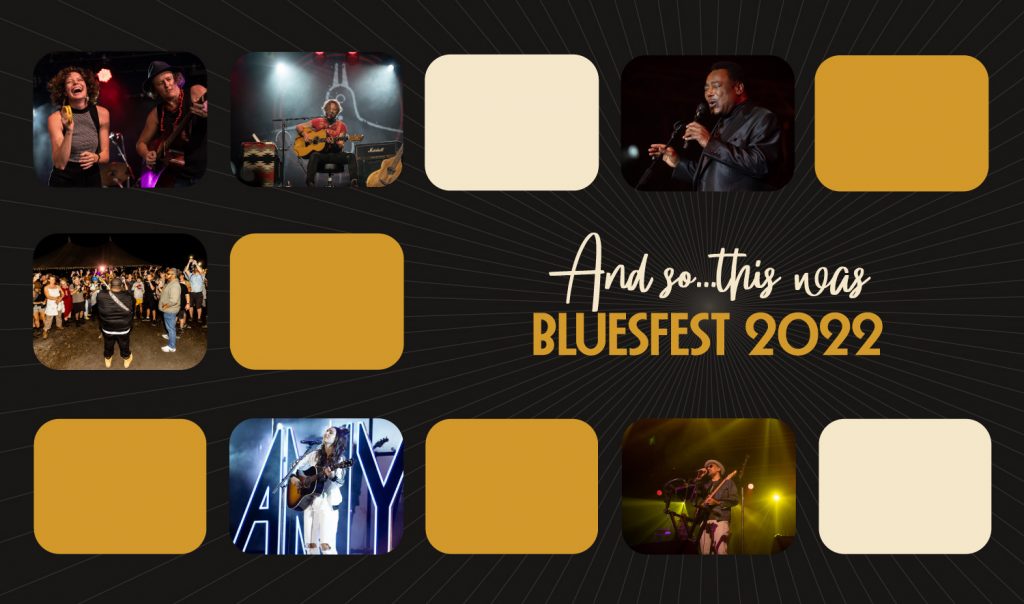 An unparalleled line-up of Australian music’s biggest artists and brightest newcomers played to the largest and most appreciative crowds they’ve enjoyed in years and, in many cases, their careers at the 33rd annual Byron Bay Bluesfest 💙

There were plenty of tears shed as the five-day music and camping festival roared back to life at its purpose-built site at Tyagarah, just outside Byron Bay, to help kickstart the besieged Australian live music industry and support the festival’s flood-ravaged local community.

The opportunity to return to Bluesfest to perform for some of the most appreciative music-loving crowds in the country brought tears to the eyes of everyone from festival veterans Paul Kelly, Kasey Chambers and Mama Kin, to festival debutante ROSHANI and Mr Noble himself.

The festival opened on Thursday with a traditional Welcome To Country before The War & Treaty, ROSHANI and Minnie Marks set the bar high. We returned to the ’60s with legends Spectrum, Tamam Shud and Ross Wilson & The Peaceniks all lit by the equally legendary Ellis D Fogg Liquid Light Show. We dived into the songbook of Warren Zevon courtesy of Henry Wagons and his MD, Lachlan Bryan: and then did the same with the seemingly bottomless songbook of Bob Dylan with an all-star cast led by The Honeydripper, Joe Camilleri. 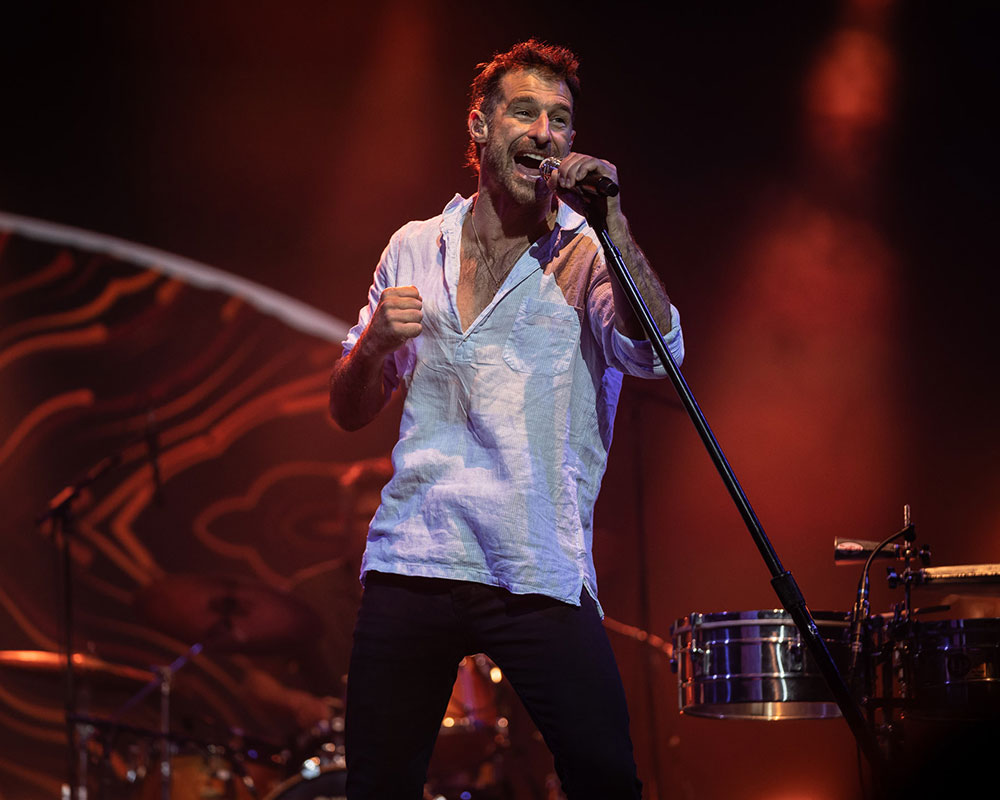 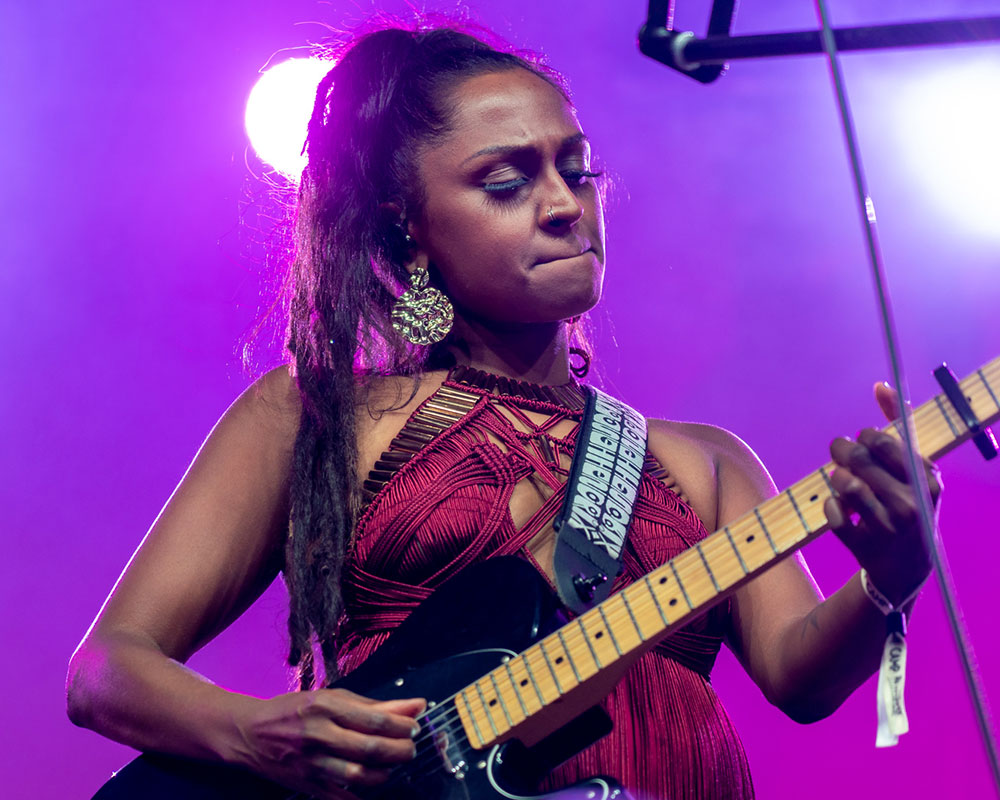 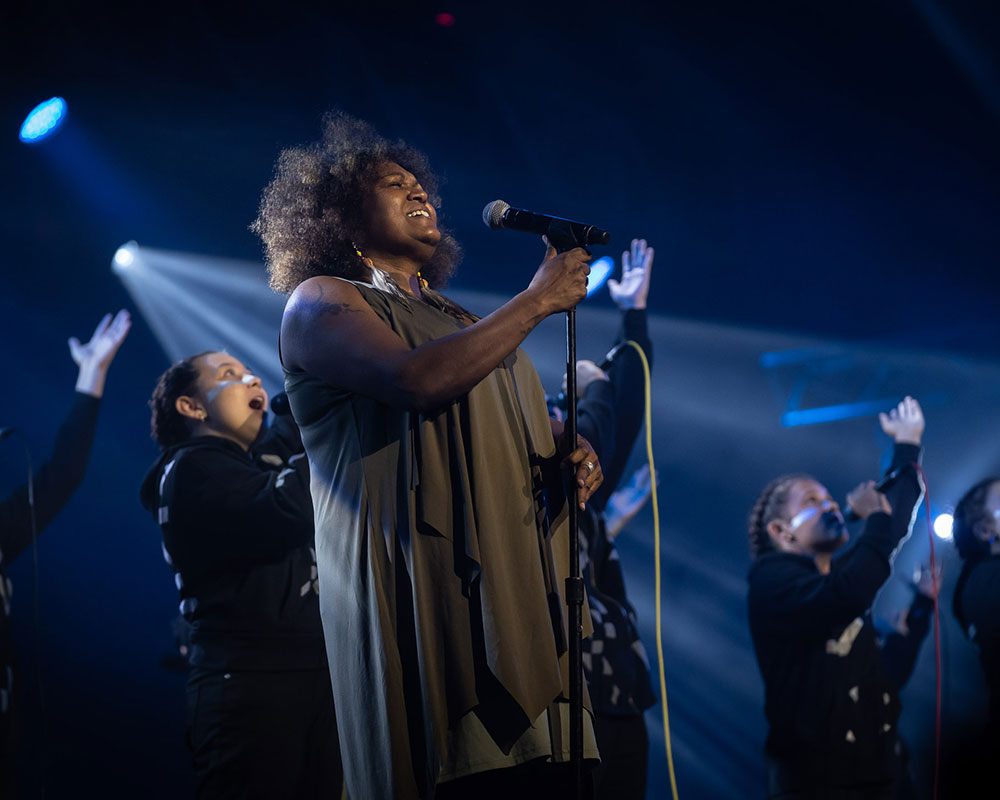 There were show-stopping, tear-jerking performances from Spinifex Gum and Bluesfest favourites The Cat Empire, whose headlining performance was also their final performance with the original lineup. What a send-off it was!

Friday saw the festival heaving with Bluesfesters as T-shirts sold out and food vendors clocked up record sales. Pub rock took over the big tops as The Church, The Hoodoo Gurus, The Living End and Midnight Oil thrilled fans but it was The Angels, featuring consummate frontman and Screaming (hot) Jet Dave Gleeson, who was at the peak of their powers on The Crossroads stage, their set hailed by Mr Noble as “one of the great Bluesfest shows”. 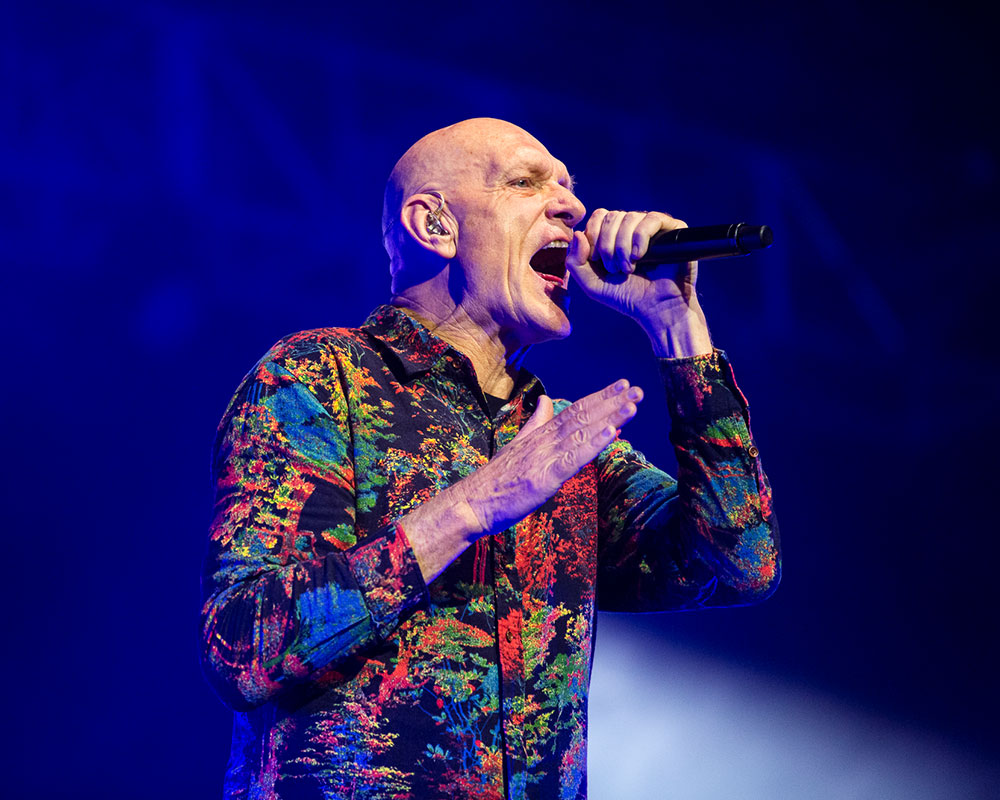 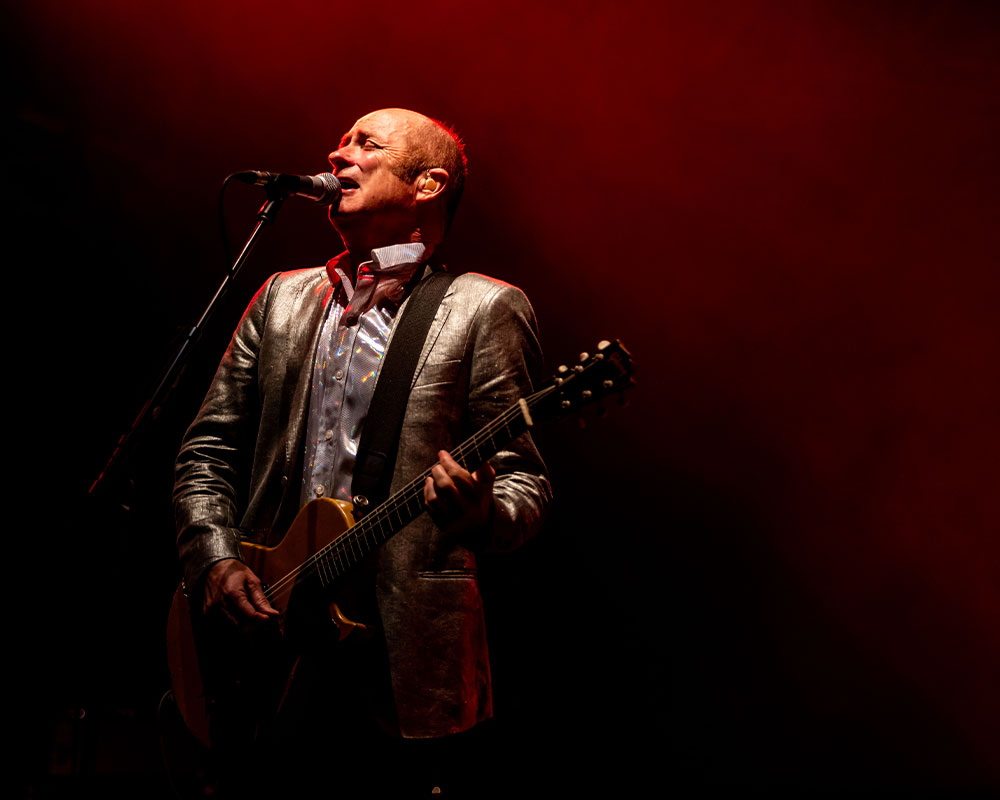 Meanwhile, on Mojo Stage, a strong NZ contingent was wowing a capacity tent: SIX60, L.A.B and trans-Tasman and returning local hero Stan Walker, helped set the stage for a closing set from the legendary Wailers.

Day 3, Bluesfest was in full swing: 22-year-old Grammy winner Christone ‘Kingfish’ Ingram was the new jaw-dropper at Bluesfest; Hussy Hicks told how harrowing it was to be in those terrible floodwaters and lose everything, but still managed to save a neighbour’s life… the unsung heroes smashed their set. Kev Carmody received Bluesfest’s Shining Star Award from Mr Noble on Saturday – “Thank you for your music. Bluesfest loves you,” the festival director said. ­ 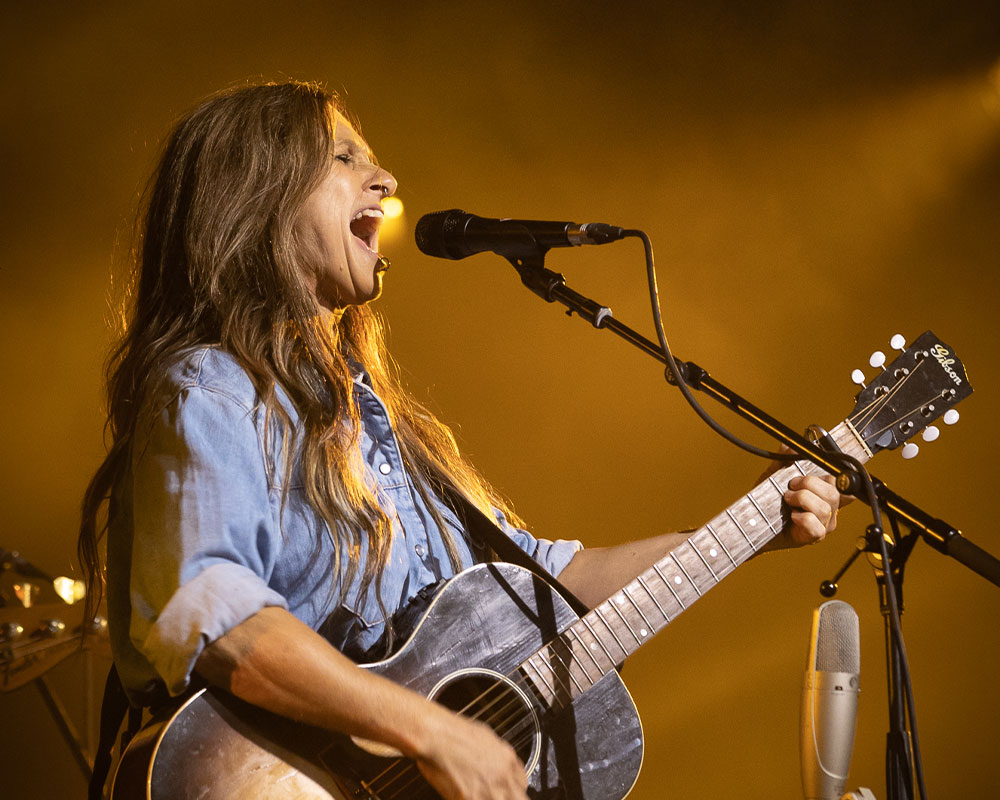 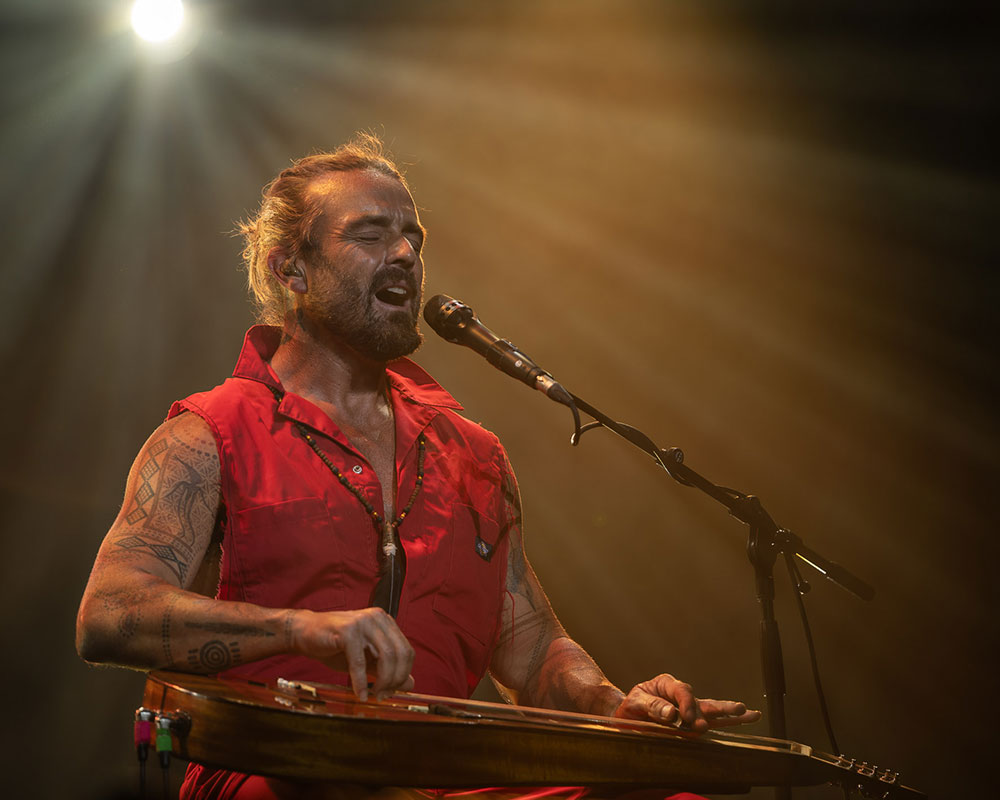 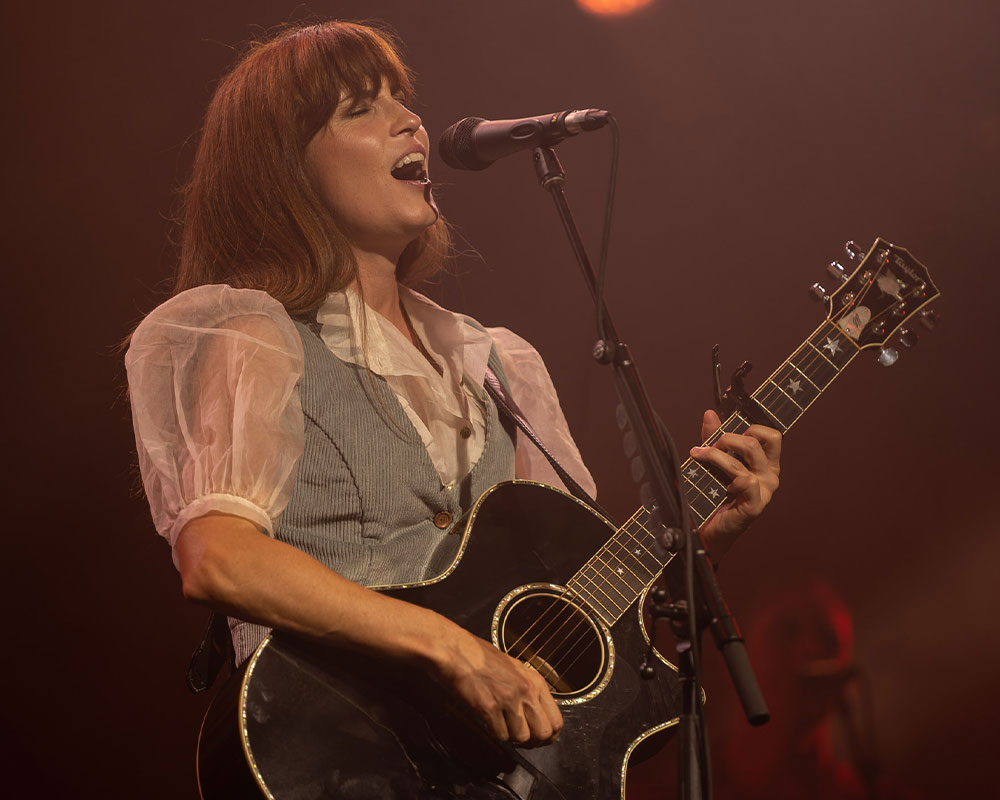 Amy Shark, Baker Boy, Missy Higgins and Kasey Chambers played to packed partying crowds, setting the scene for some great headline closers. They did not disappoint. Paul Kelly, Morcheeba,  legends Chain, Lachy Doley & The Horns Of Conviction and perhaps the greatest festival party band of all, the Melbourne Ska Orchestra, all helped ensure Saturday was a standout.

If you thought Sunday was going to be a day of rest… think again. Sunday was MASSIVE. The always hilarious RocKwiz Live team dished up 90 minutes of musical mayhem to kickstart the day, and on other stages The Buckleys, Little Georgia, Kim Churchill and The Pierce Brothers (albeit missing Jack Pierce due to COVID!) rocked Bluesfest early afternoon, proving once again that half the fun of Bluesfest is being there early and discovering amazing talent. Singalong Sunday saw Jon Stevens, performing Noiseworks and INXS favourites, turning his crowd into a choir, Ian Moss followed and showed exactly what an amazing guitarist and vocalist he is, while Fat Freddy’s Drop smashed it on the Crossroads Stage. 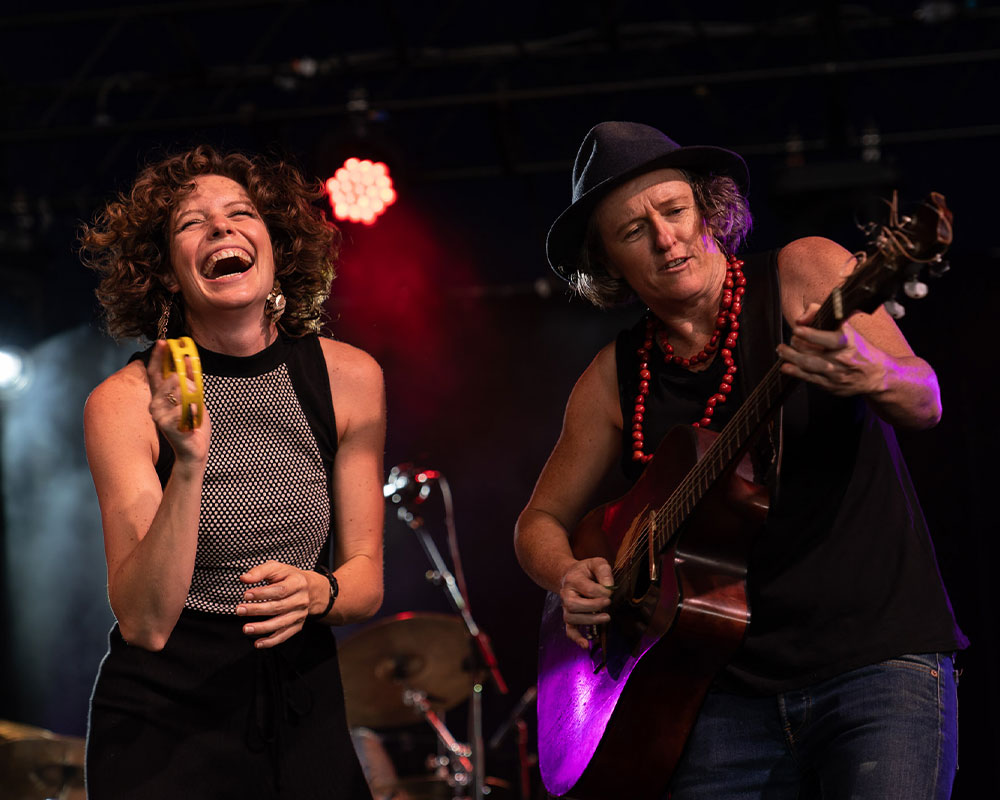 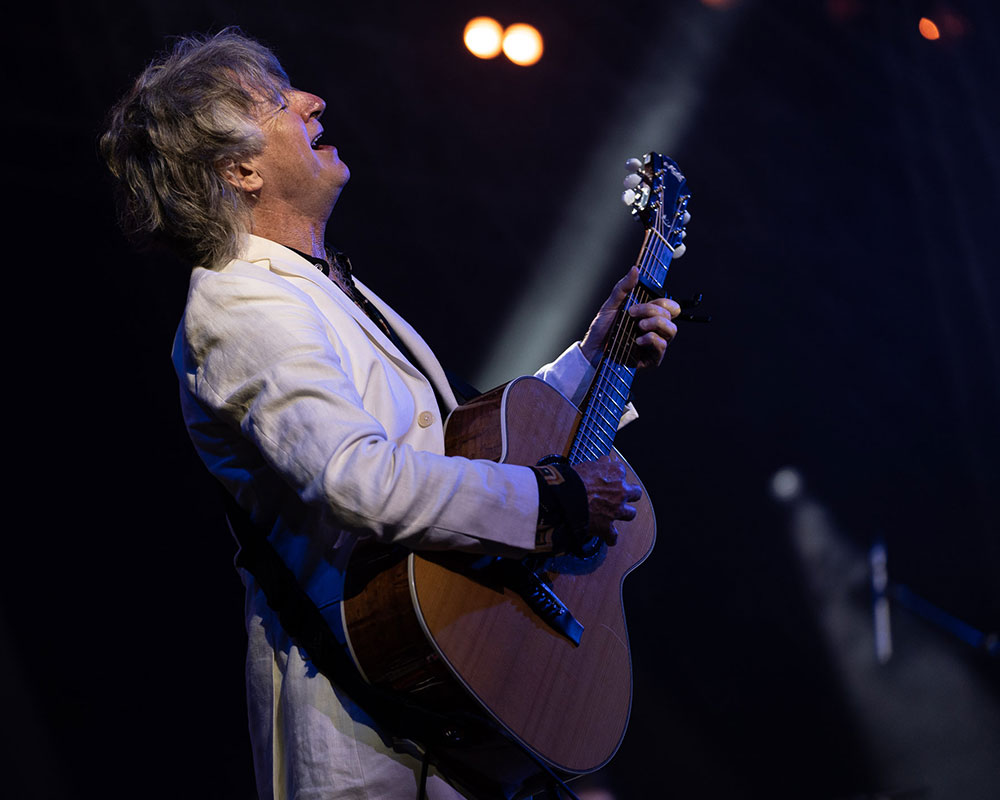 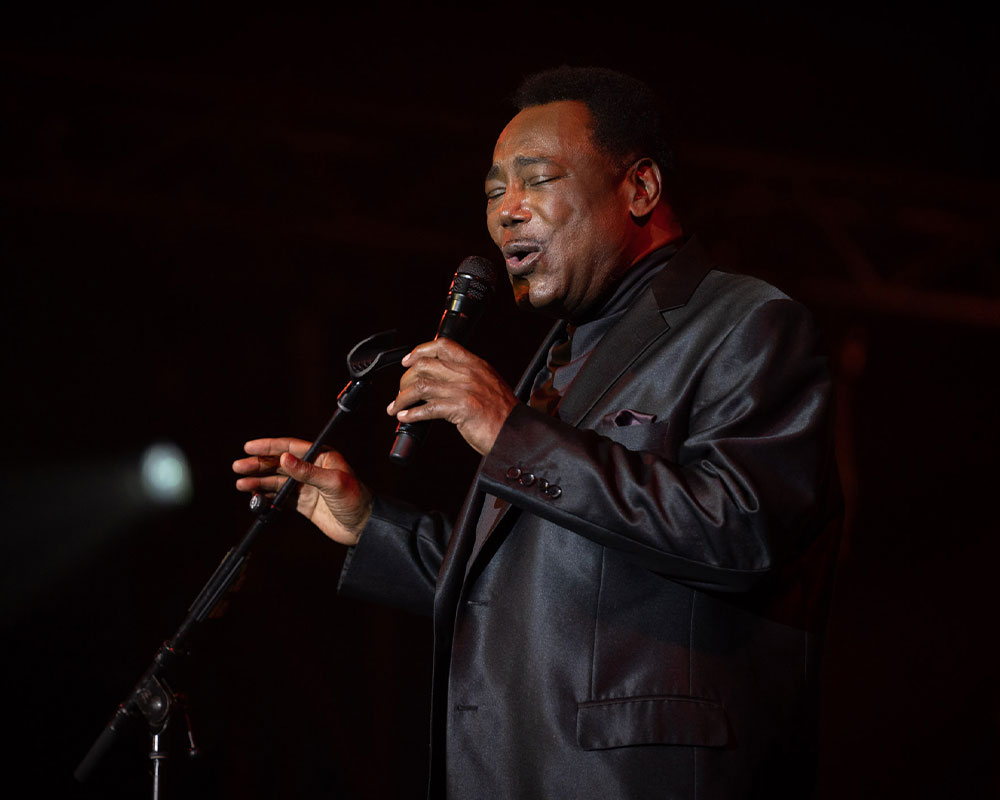 Prime Minister in Waiting Anthony Albanese mingled with Bluesfesters before introducing Jimmy Barnes, promising to prioritise the arts and support constitutional recognition for First Nations people. John Butler performing solo delivered powerful messages with his music and an impassioned speech before the headliners Crowded House packed their 90 minutes with their anthemic sing-along songbook. At the same time, absolute 24-carat legend George Benson packed the Mojo tent with his legendary guitar playing, his ultra-smooth voice – and his crack band behind him. No – definitely not a day of rest – but certainly, a day to remember!

And so to the final day… Monday gave crowds a chance to catch artists they may have missed (or want to see again!) including The Waifs, Emily Wurramara, Troy Cassar-Daley, Hiatus Kaiyote, The Wailers, Cory Henry and 2022 breakthrough artists, Tamworth-raised, Sri-Lankan born star in the making ROSHANI and, of course, the 22-year-old now firm crowd favourite Christone ‘Kingfish’ Ingram, from Mississippi.

And there were some singular appearances from Mark Seymour and The Undertow, legends John Williamson and Glenn Shorrock, and Kate Ceberano who, with her new band, absolutely nailed her set. And so to the final headliners. Local Pete Murray showed his class, Bluesfest first-timers The Regime delivered a ‘high-voltage’ set, Lachy Doley and his Horns of Conviction showed what an amazing world talent he is, and The Teskey Brothers did what they always do: understated, absolutely 200% world-class music, their unique retro-soul drifting lazily through the packed Mojo tent, bursting into a spectacular sing-a-long to their final song ‘Hold Me.’ 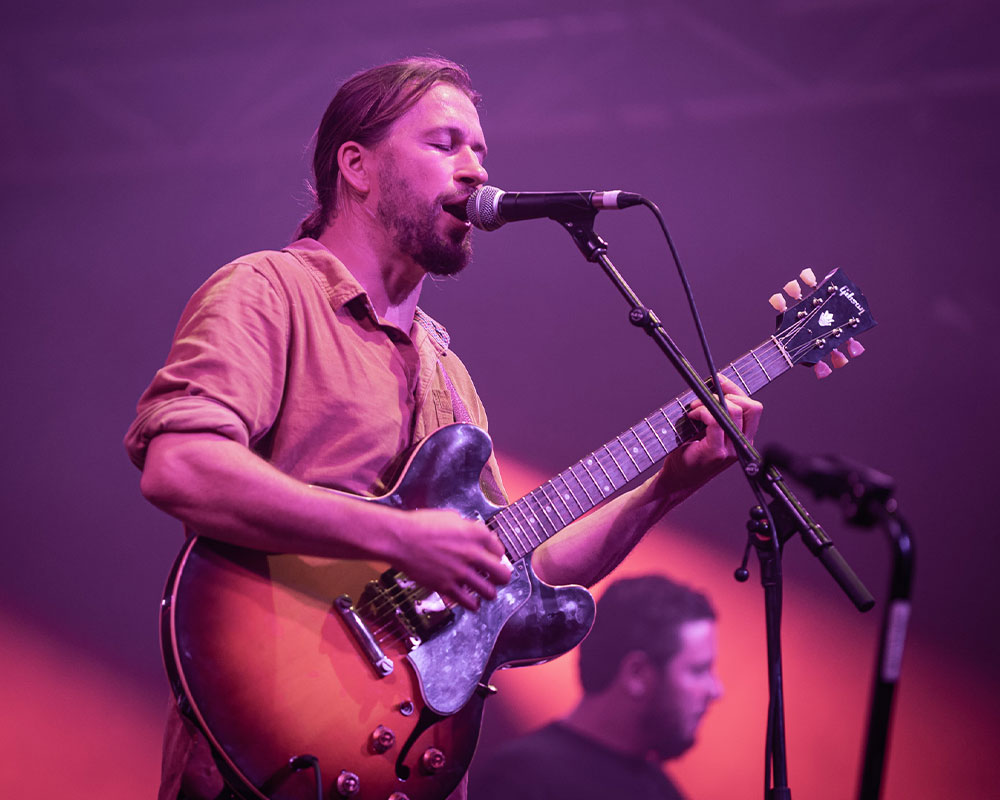 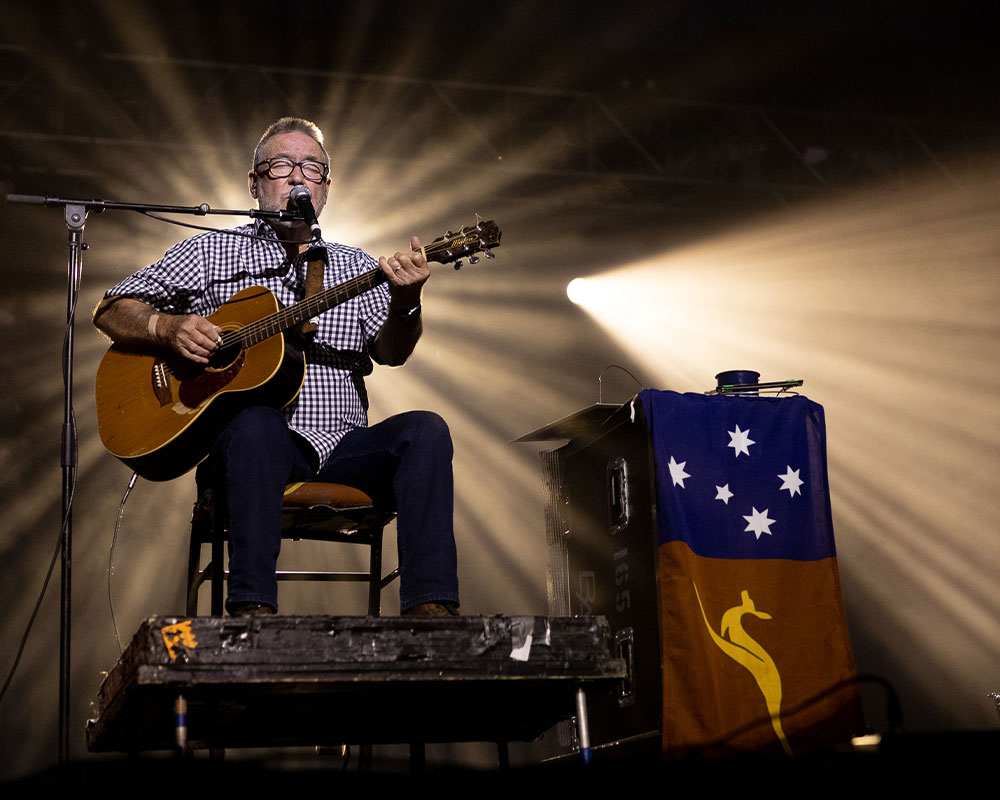 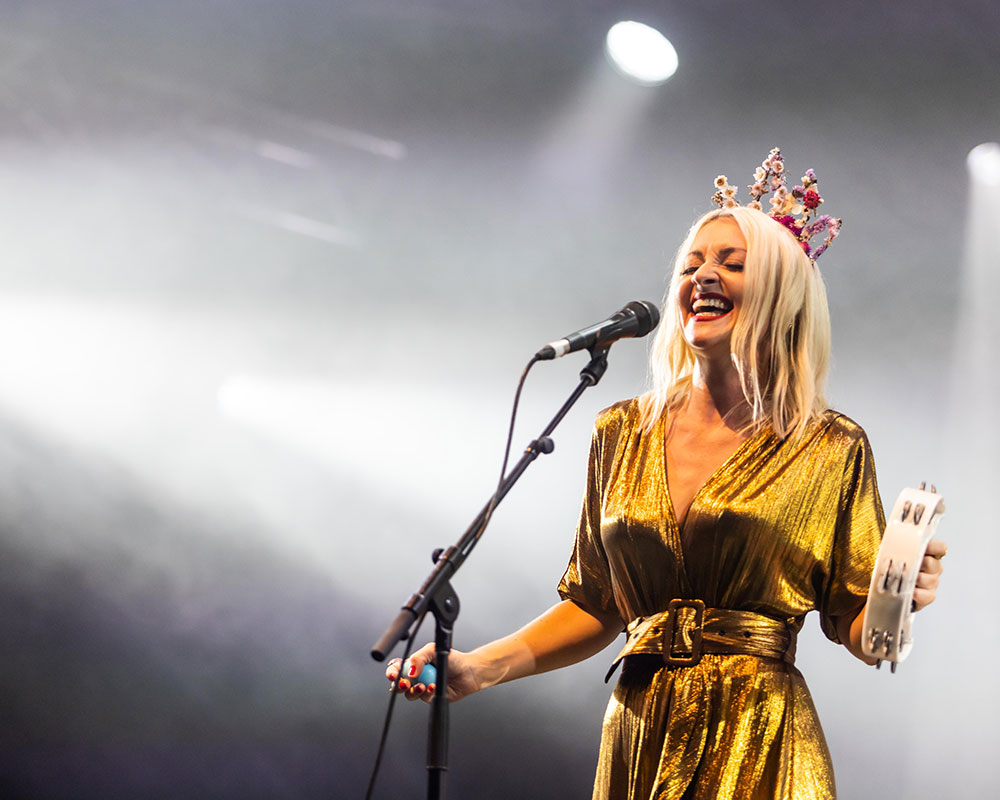 Last but by no means least, Chain (albeit missing Matt Taylor through illness) rocked the Jambalaya stage with the help of friends, Ash Grunwald, Jeff Lang, and Juzzie Smith, while the ultra-cool, ultra-hip Hiatus Kaiyote sent Bluesfesters on their final way with memories of a blistering set of their ‘wondercore’  jazz/funk.

Bluesfest is not a sprint – it is a marathon. Come early every day, wander from stage to stage, and discover new artists; you are certain to find some that will transfix you with their energy and talent and remember, especially when you are seeing the next generation of artists that will carry the musical torch forward… no matter the genre! Soak up that Bluesfest atmosphere and take that global ‘foodelicious’ journey… and as every Bluesfester will tell you, don’t forget to grab a Byron Bay organic doughnut! – perhaps the longest-serving ‘headliner’ of Bluesfest!

Next year – the 34th Annual Bluesfest will take place between Thursday 6th April and Monday 10th April 2023. We are already booking artists and new experiences and we can let you in on one thing… IT WILL BE BIG!

If you haven’t already subscribed to our weekly newsletter, do so through our website and be first in line for Bluesfest news, tickets and more! 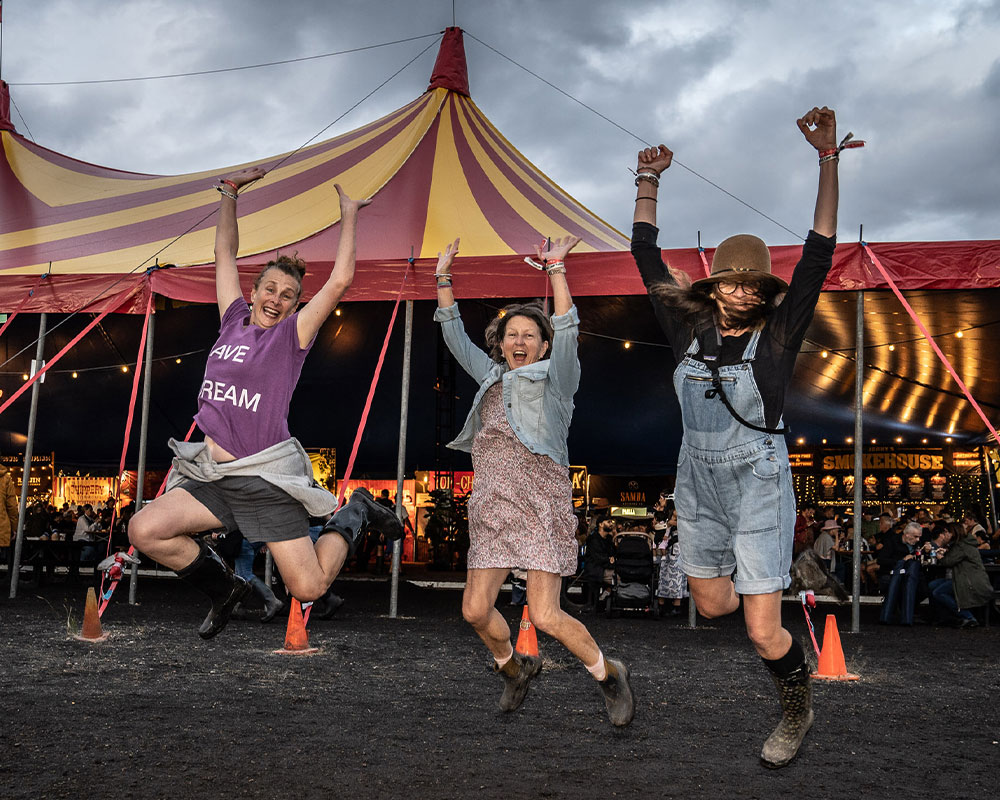 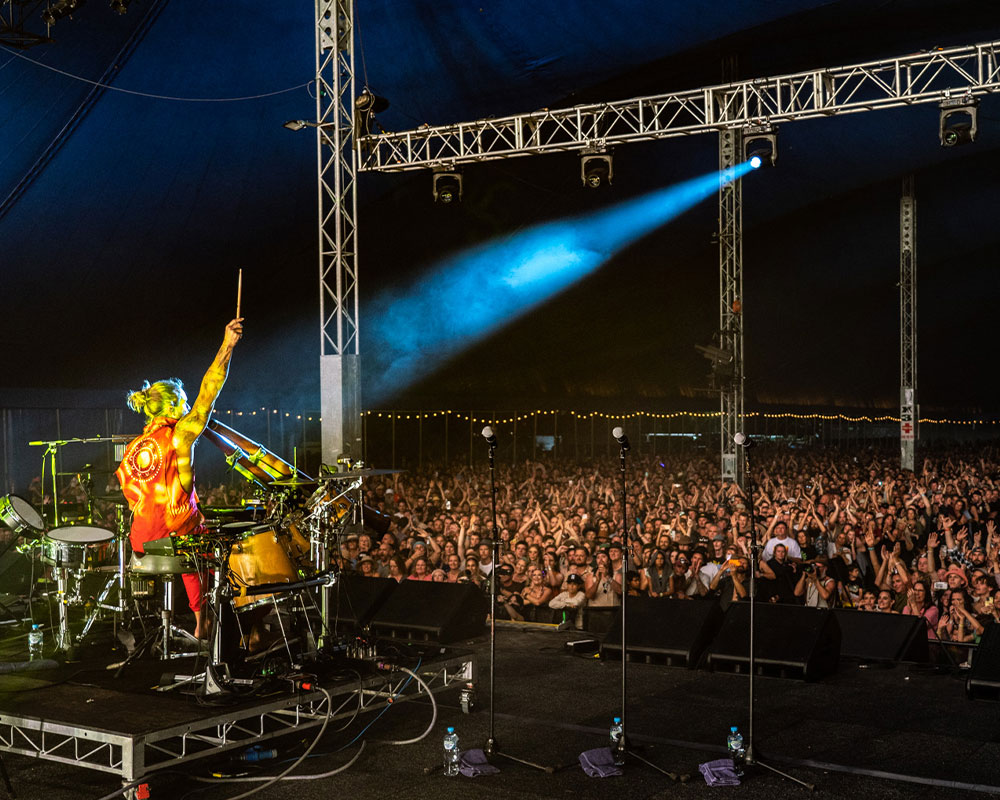 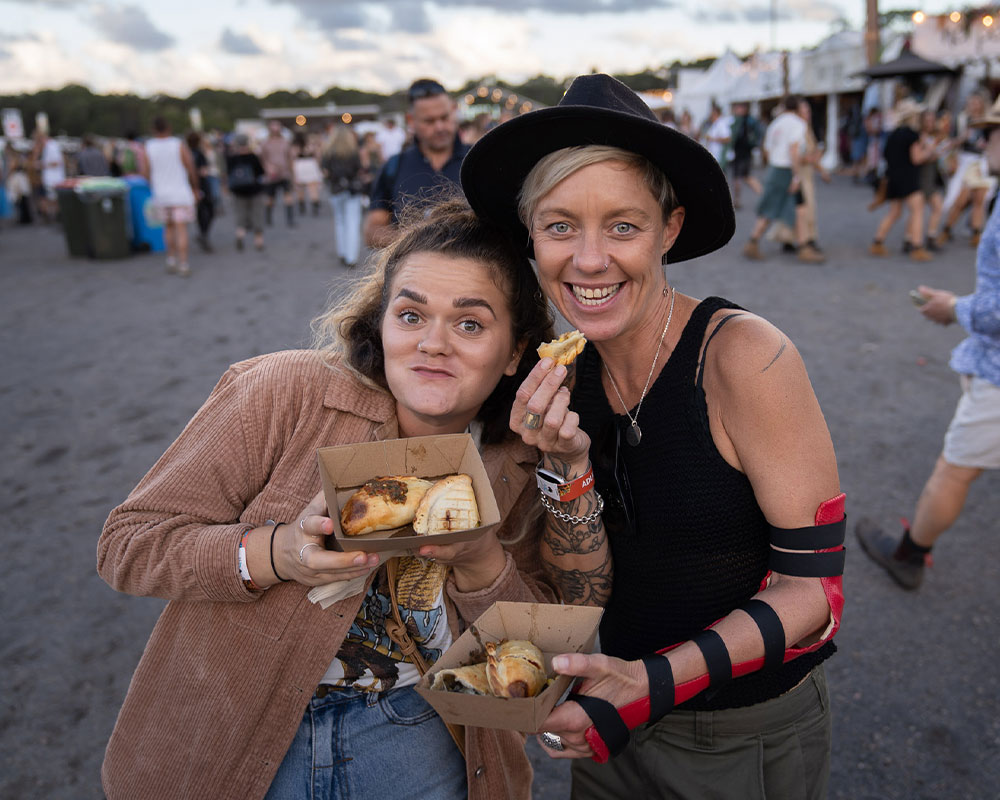 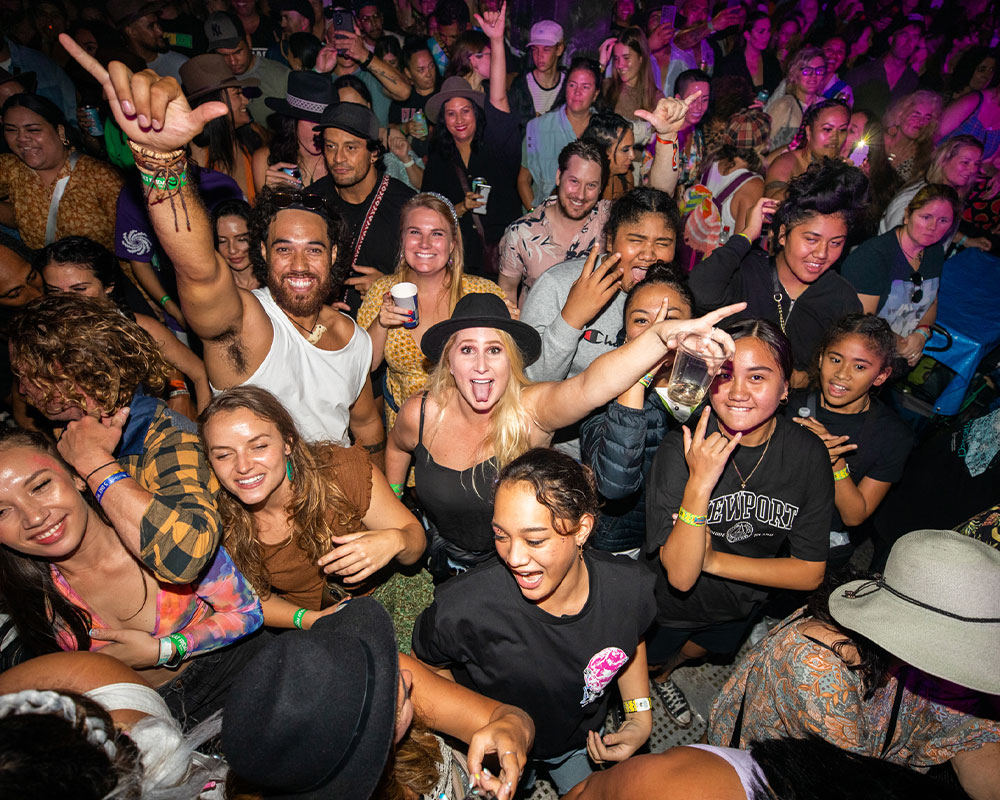 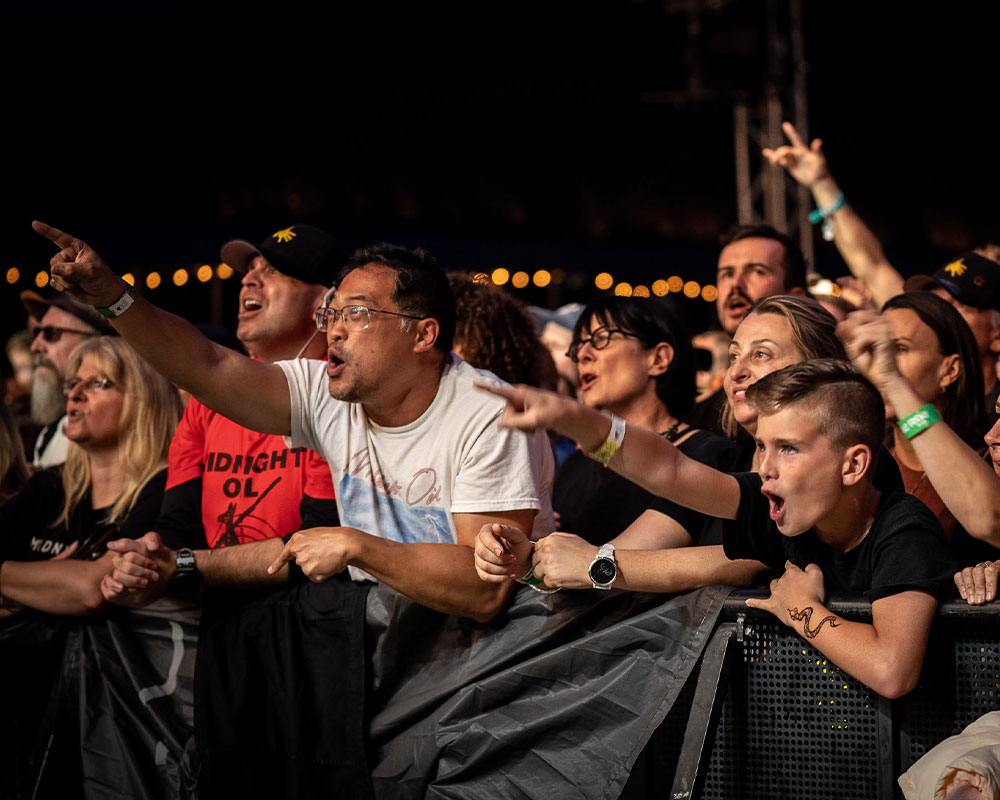