Our Final Artist Announcement for Bluesfest 2022! 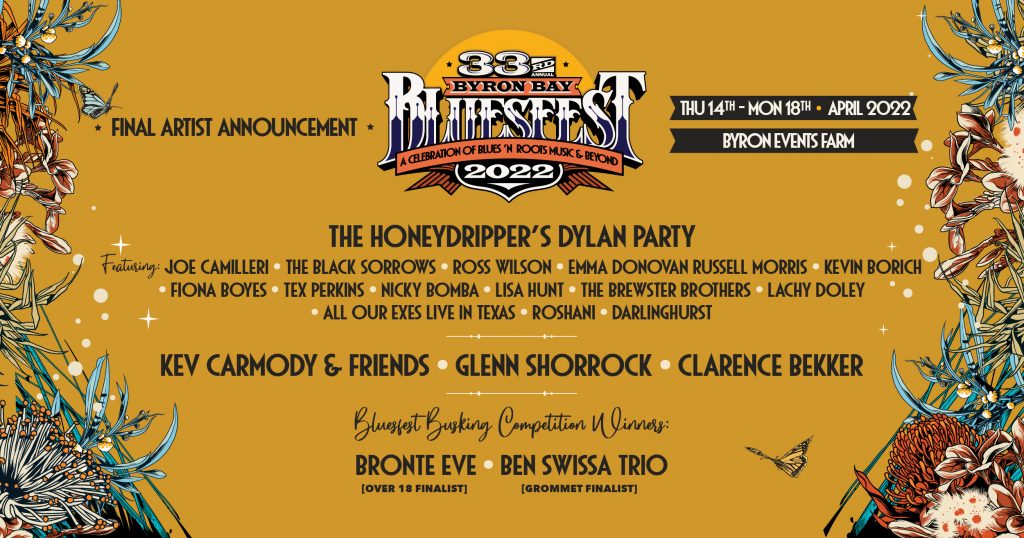 “I have always said ‘when Bluesfest returns – it will be with a bang!’ and these special artists completing our Bluesfest 2022 lineup, really put the cream on top of the cherry… which was already on top of the cream… covering the Bluesfest cake…if you get my drift.

“No?… OK. In simple terms:
This is one hell of a Bluesfest lineup – and the biggest ever!”

This Bluesfest is the greatest gathering of Australian artists in the history of Australian music. There’s NEVER BEEN A LINEUP LIKE THIS BEFORE – AND MAY NEVER EVER BE REPEATED!

There’s so much confidence in Bluesfest: Friday, Saturday & Sunday are well on the way to being a sell-out – and prices will inevitably rise.

Thursday, now with THE HONEYDRIPPER’S DYLAN PARTY, as well as THE CAT EMPIRE’s final show and a full supporting cast… and Monday with THE TESKEY BROTHERS, PETE MURRAY, THE WAIFS, SAM TESKEY and more are starting to accelerate. It is time – and we are ready – are you?!

Adding KEV CARMODY and GLENN SHORROCK AM to the Bluesfest 2022 lineup – two artists who have rightfully attained their seat in the pantheon of Australian Music – is an honour and a pleasure. Their roll call of achievements is astounding and their place at Bluesfest is warmly welcomed.

It’s also great to announce my friend, CLARENCE BEKKER, who has graced us with his beautiful voice on several occasions now, both as a member of ‘Playing For Change’ and as a solo performer.

I would like to welcome some new talent to the Bluesfest family. The BEN SWISSA and BRONTE EVE have waited a long time to reap the reward of winning our Busking Competition. Welcome to you all.

Finally, Thursday night was always going to be special with the final performance of THE CAT EMPIRE, but now the lineup of THE HONEYDRIPPER’S DYLAN PARTY has been revealed… and it’s a cracker!

The wealth of talent that Joe Camilleri has curated – all of these artists on stage, alone and together, performing the songs of Bob Dylan can only happen once… on our opening night Thursday 14th April. DO NOT MISS IT!

“Now, let me tell you, our office is buzzing. We are only 10 weeks out from one of the greatest Bluesfest’s ever.

“I look forward to throwing the gates open wide and welcoming you to the Byron Events Farm, the home of Bluesfest. I am so looking forward to hearing the thump of the drums and bass, the shredding of the guitar and the dynamic pulse of the organ and horns and, of course, the wail of a vocalist… all powering up at high voltage and leaving it all out there on our Bluesfest stage. 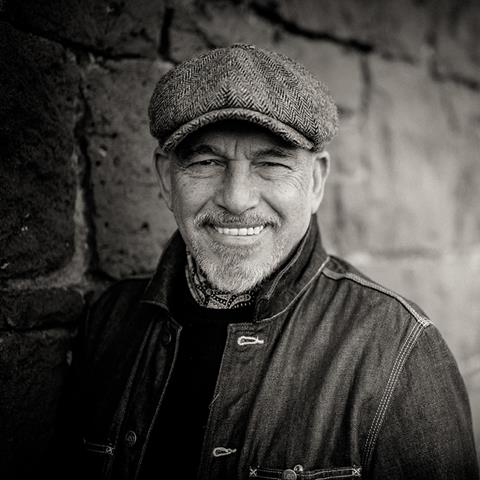 THE HONEYDRIPPER’S DYLAN PARTY
With a lineup to die for, the Honeydripper’s Dylan Party is going to pay a spectacular tribute to Bob Dylan, celebrating his 80 laps around the sun. Curated by the Honeydripper himself, Joe Camilleri, and anchored by The Black Sorrows, the cast will dive into the Dylan catalogue, presenting their favourites alone and together on stage. When you spell it out, combining the talents of ARIA Hall of Famers Joe Camilleri, Ross Wilson, Russell Morris and The Brewster Brothers (The Angels), axe maestros Kevin Borich, Fiona Boyes and The Brewster Brothers, the multi-talents of Tex Perkins, Nicky Bomba and Lachy Doley, and the amazing vocal skills of  Emma Donovan, Lisa Hunt, All Our Exes Live In Texas, Roshani and Darlinghurst is an exciting ‘not-to-be-missed’ event at Bluesfest. Save the date: Thursday 14th April – opening night! 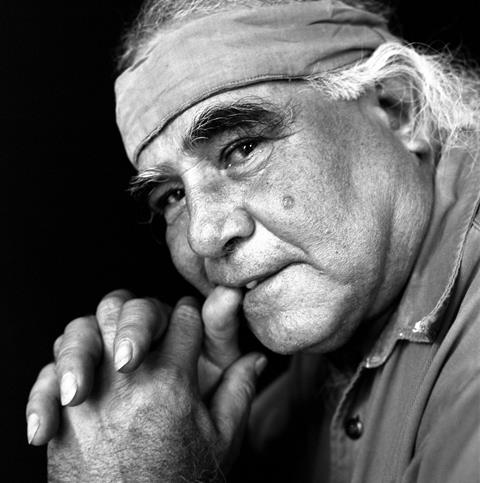 KEV CARMODY & FRIENDS
Kev Carmody – a gentle giant of a man – is one of Australia’s pre-eminent singer-songwriters, a wordsmith whose often politically charged and socially aware lyrics found him described as Australia’s black Bob Dylan. Of First Nations and Irish heritage, Kev is a born storyteller.
Taking his influences from experimental music pioneers John Cage and Karlheinz Stockhausen, and his own Murri culture, expressed in the social history song traditions of Woody Guthrie and Huddie Ledbetter, Kev’s music resonates with imagination and lyrical passion. Kev was in his forties when he released his first album, ‘Pillars Of Society’ described by Rolling Stone magazine as “The best album ever released by an Aboriginal musician and arguably the best protest album ever made in Australia”.  He has gone on to release four more.

With Paul Kelly, he wrote ‘From Little Things, Big Things Grow’, based on the story of The Gurindji Strike and Vincent Lingiari.
Kev has been awarded an Honorary Doctorate by the University of Southern Qld, as well as the prestigious Australia Council Don Banks Award, and his songs have been recorded in a double album ‘Cannot By My Soul, featuring performances from many of Australia’s finest and most diverse artists, including Missy Higgins, Paul Kelly and John Butler. For this Bluesfest performance, Kev Carmody has surrounded himself with a stellar lineup of ‘FRIENDS’. We cannot say who they are but if you are not in front of the stage for this performance then you will miss one of the greatest all-star lineups and special Bluesfest moments. 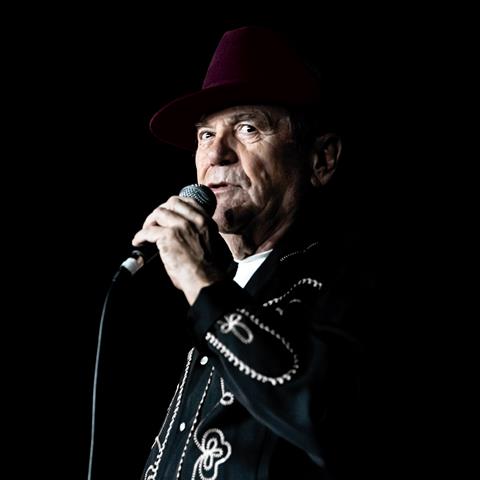 GLENN SHORROCK
Glenn Shorrock A.M., the founding frontman of The Twilights, Axiom and ‘70s hitmakers Little River Band (later known as LRB) carved out astonishing success around the globe and in particular the U.S., where LRB shifted the bulk of its 30 million-plus career album sales. The living legend has the outstanding distinction of having been inducted into the ARIA Hall of Fame on two occasions, both as a member of LRB, and as a solo artist.  In 2020 he received an Order of Australia for his contributions to the Entertainment Industry for over 60 years. Over the years many millions have been romanced by Shorrock’s vocals and songwriting which helped LRB achieve 8 Top Twenty Charts in the late 70’s with “Reminiscing” reaching No. 3 hit on the Billboard Hot 100, the United States’ official singles chart. The album “First Under The Wire” cracked the U.S. Billboard 200 albums art and made the Top 10 hits celebrating songs “Lonesome Loser” and “Cool Change”.

Now in his mid-70’s, Glenn is still enjoying touring and performing constantly across Australia and revels in the interaction with his fans. He quips that he is “Definitely not ready to slow down yet!”

CLARENCE BEKKER
Clarence Bekker is a singer and songwriter of dance music, soul and reggae and vocalist of the world-renowned Playing For Change band. From 2009, he had toured the world with a message of peace through music in more than 300 concerts. Lead singer of the legendary Dutch band Swinging Soul Machine at the age of 18, he topped the European charts as CB Milton during his solo career with Eurodance hits as “Send Me an Angel” and “It’s a Loving Thing”. In 2017 he formed the Clarence Bekker Band and released the ‘Beautiful Tomorrow’ EP in 2018, where soul, funk and rock themes were fused together with the singer’s taste and sensitivity, and his latest album ‘Changes’ is available on all streaming services and through the Playing For Change website. The line-up brings forth and expresses the maturity of a musician who has navigated effortlessly through the seas of soul, dance, funk, reggae… and is now back to elevate musical passion to its highest ground. His particular voice, dark, deep and vibrant, channels a universe of emotion and make of him, on the stage, an authentic orchestrator of happiness. 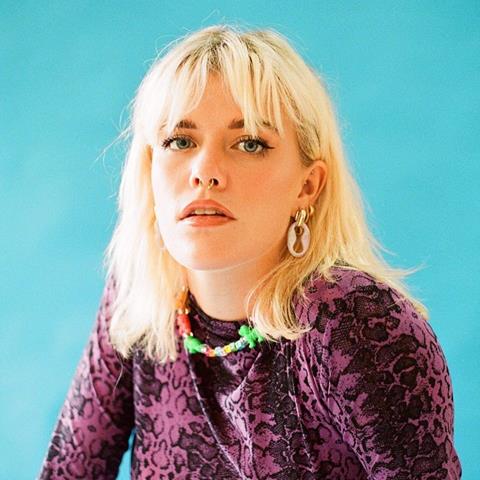 BRONTE EVE
Bronte Eve won the 2021 Byron Bay Bluesfest Busking Competition and is quickly making a name for herself in the Northern NSW music scene. Fusing a soulful mix of RnB, Blues, Roots, Reggae and Hip Hop, Bronte Eve’s originals reflect groovy bass lines, smart and raw lyrics and beats that you can’t help but get up and dance to. Inspired by Stevie Nicks, Meg Mac, Edward Sharpe & the Magnetic Zeros, Banks and a little bit of Dr. Dre, this talented, ‘heart-bigger-than-her-brain’ kind of woman has what it takes to bring the audience to their knees with a captivating, theatrical performance your eyes and ears will want to see. 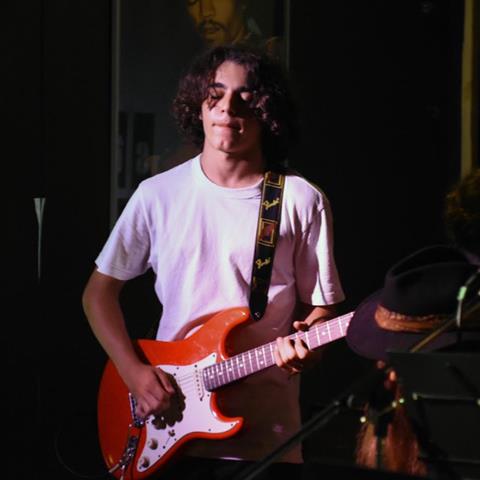 BEN SWISSA
Ben won the 2021 Byron Bay Bluesfest U18s Busking Competition.
Ben Swissa is a 16-year-old Artist, Singer-Songwriter, Guitarist/Musician and Producer from Sydney. Ben has been playing since the age of 5, performing at live venues since the age of 10. Blending genres such as Hip Hop, Funk, R&B, Neosoul and Soul, Ben writes, performs and records/produces all his own originals and cover arrangements.