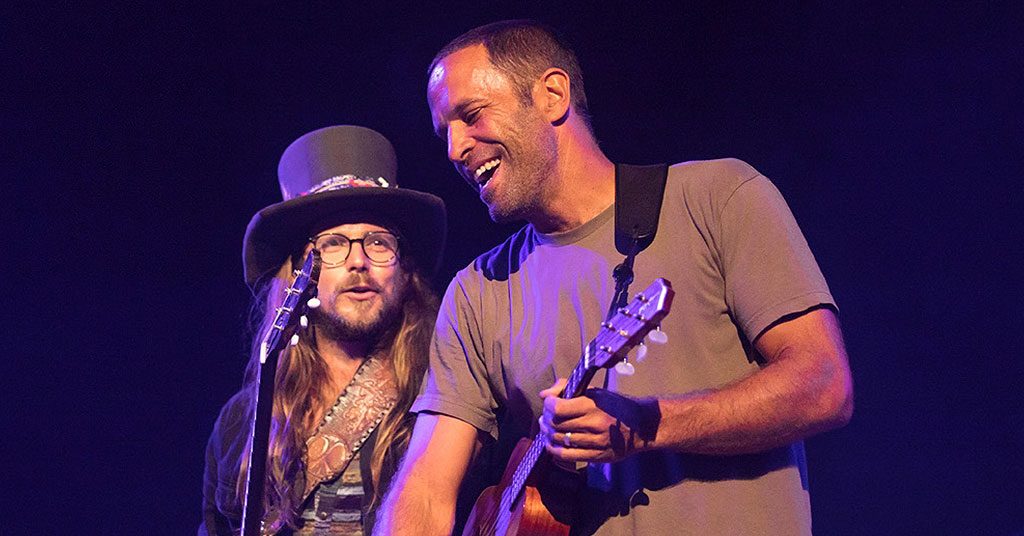 Bluesfest will always be a convergence of music’s yesterdays, todays, and tomorrows – a fact that becomes more evident year after year when our artists clash for covetous on-stage collaborations. Exploring new creative territories is the name of the game for our yearly billed cast, which is emulated in the historical collabs of the last 7 years down below. If you were lucky enough to catch one, a few, or all of the mashups below, we’re envious (and we know your friends are too). With the First Lineup Announcement for 2020 coming soon, it’s time to book your tickets and get excited for what future years have in store.

Fans were delighted by the surprise on Easter Sunday during Xavier Rudd’s set when Ben Harper jumped up onstage, a connection that dates back to Bluesfest 2003 where they were both on the bill and may have been the first time they met.

Many fans since this performance have made comments requesting a collaboration album between these Bluesfest faves. Likely to happen? Let’s hope the stars align.

Dave Matthews made two huge appearances at Bluesfest in 2014 playing epic sets and surprising Bluesfest audiences with his (and his band’s) virtuosity and choice of material.

Special guest guitar-shredder Warren Haynes from Gov’t Mule teamed up with Dave for ‘one of those Bluesfest moments’ – a titanic version of ‘All Along The Watchtower’… we’d like to think Jimi was grooving to this too.

Alabama Shakes frontwoman, Brittany Howard, converged for a special connection with Grammy-Award winners Mavis Staples and Angelique Kidjo back in 2015.

Following Alabama Shakes’ second set of their two-show tenure at Bluesfest that year, this power triangle of women performed an intimate, acapella rendition of a Staples 1972 classic, “I’ll Take you There”. Only a few were lucky enough to catch this green room performance but thanks to one Youtuber, we all can enjoy. 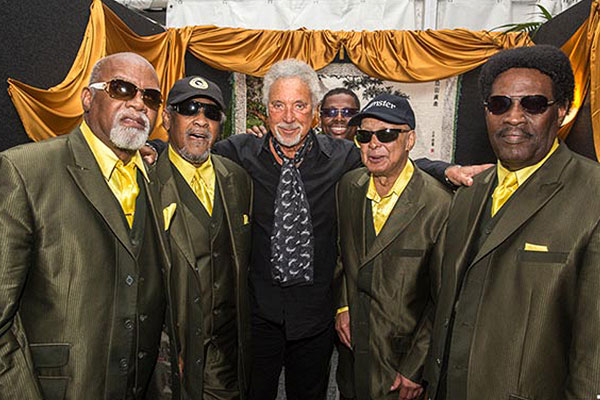 These legendary acts paired up at Bluesfest 2016 closing night when Tom Jones brought out the Blind Boys of Alabama for “Didn’t It Rain”.

The first warning that something special would happen during Tom Jones’ set came from the impromptu rehearsal vocals in the artist area.

Tom’s voice was unmistakable and those of the Blind Boys of Alabama – led by perennial youth Jimmy Carter (he’s been with them since their first gig in 1944) – added a perfect harmony. Side of stage in the moment, not a dry eye to see as there were goosebumps and tears throughout the whole Mojo tent.

A one-off and special collaboration that will go down in the Bluesfest history books.

A collaboration so rare that was only able to be seen in Australia one time back at Bluesfest 2017 and has hardly ever been seen anywhere around the world.  On opening night, these American titans of music met on stage to bridge the gap between New York Hip-Hop and New Orleans Soul, Jazz, and Funk.

It was a striking extravaganza that showcased one of the Top 10 MCs of all time backed by a legendary, contemporary brass framework. 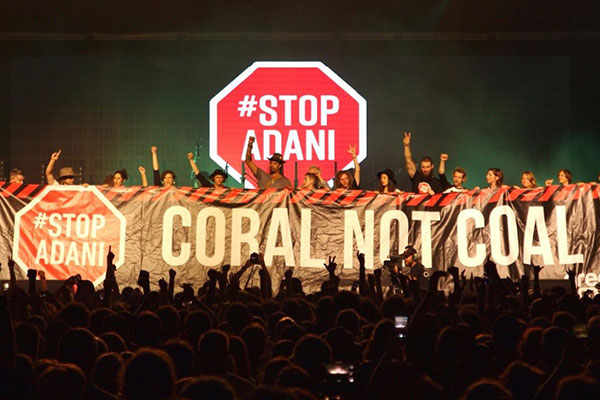 John Butler Trio has always been a beloved Bluesfest favourite due to his incredible talent on all things that involve strings as well as being an Australian native.  It’s no secret the virtuoso isn’t shy when it comes to social activism and what better platform is there to get a message across than Australia’s #1 Music Festival.

Representing Green Music Australia and the Stop Adani Movement, JBT brought out Ziggy Alberts, Michael Franti, Hussy Hicks, and a plethora of others to collab at the end of his set on the festival’s penultimate night in 2018.  This collaboration and set ended in a Stop Adani banner carried out on stage by Bluesfest artists and guests with closing words from legendary aboriginal musician, Adrian Burragubba. 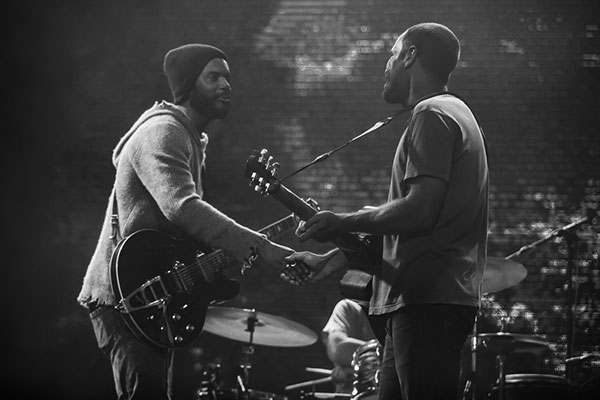 Bluesfest regular, Jack Johnson, always knows how to bring it when he rolls through the Tyagarah Tea Tree farm every few years.  This past year, Johnson brought out Gary Clark Jr. as well as Lukas Nelson at the close of Sunday night with a packed Mojo crowd in front of them.

Johnson ventured outside of the acoustic folk and surf music we’ve come to know and love him by over the years with Clark sitting in on a rendition of Led Zeppelin’s “Whole Lotta Love” and Nelson joining him for encore performances of Tom Petty’s “You Don’t Know How It Feels” and “Willie Got Me Stoned and Stole All My Money” (a referential ode to Lukas Nelson’s father, Willie Nelson).