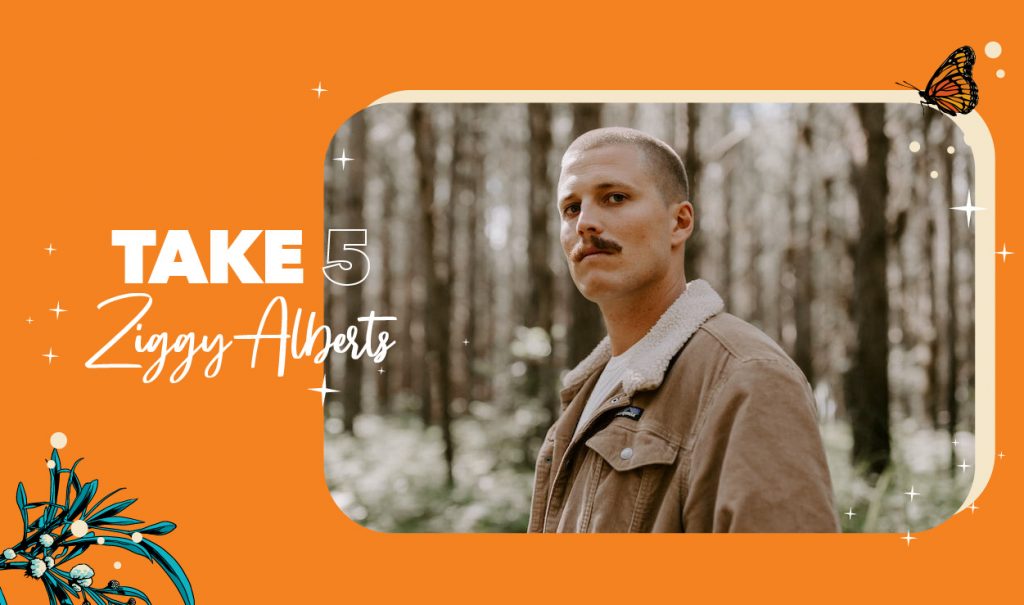 Ziggy Alberts is absolutely no stranger to Byron Bay. Back in the day, he started out busking on the main streets as many a talented musician has been seen to do. Since those, he has taken hold of his dreams and soared on to become a global troubadour, crisscrossing the globe and taking his message and his songs to an ever-growing fanbase.

Ziggy Alberts is one of our favourite performers, especially since he made his ‘official’ Bluesfest debut in 2018… but, as you’ll soon hear, Ziggy actually made an ‘unofficial’ debut a couple of years before that! Ziggy also took time out to give us his Top Five ideas on how to spend time in Byron Bay.

Take note… you might just find some tips for your Easter Long Weekend! 😍

… But first, he talks about performing Bluesfest, his experiences, his new music and what he will be bringing to our stage next April!

Here are Ziggy Alberts’ Top Five ideas on how to spend time in Byron Bay!

Check out the official music video for Ziggy Alberts’ new single ‘Heartbeat’ from his forthcoming album, ‘Searching For Freedom’ 💙