Who’s Got The Blues? 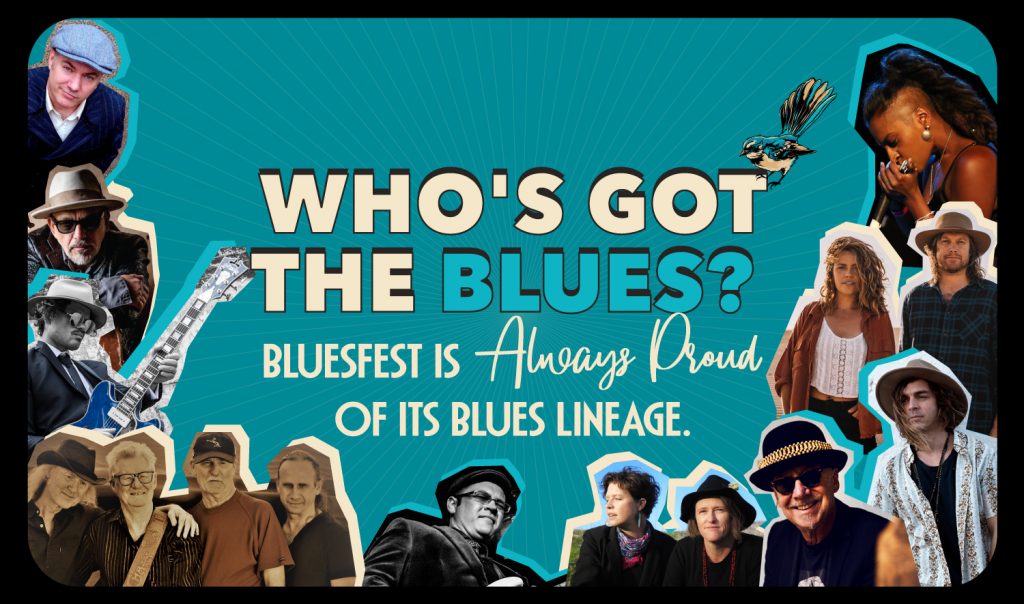 Whether it be Traditional Blues, well represented this year with the likes of Chain, Backsliders, Jeff Lang, Ash Grunwald, Ray Beadle, and Russell Morris, or Modern Blues, with Briggs, Little Georgia, and Nathan Cavaleri.

Plus, so many of our artists – albeit not 100% Blues – feature Blues music in their song catalogues… Midnight Oil, Jimmy Barnes, Ian Moss, The Black Sorrows, Ross Wilson certainly lead this charge.

There’s also the Jazz-Funk-Blues of Pacey, King and Doley, the Country-Blues of Kasey Chambers, the Outlaw-Blues of Henry Wagons and, of course, the Roots-Blues of John Butler, Xavier Rudd, and ROSHANI.

Blues as we know it evolved from the misery of the slave trade. Originating in the Deep South of the United States around 1860 by African-Americans with roots in African musical traditions, African-American work songs, and spirituals. Blues incorporated spirituals, work songs, field hollers, shouts, chants, and rhymed simple narrative ballads.

Through the likes of Robert Johnson, WC Handy, Leadbelly, Billie Holiday, Sister Rosetta Tharpe, Muddy Waters, Howling Wolf, the four Kings: Albert, BB, Freddie and Earl… plus so many many more legends over the decades, the Blues slowly became accepted by the mainstream. Blues has created its own sub-genres in Country, Funk, Jazz, Soul, Bluegrass, Folk, and Rock.

Today, rap and hip-hop have become carriers of the plight of humankind, with samples lifted from earlier Blues music has appeared in the music of Kendrick Lamar, NWA and many more.

Whatever and wherever your Blues taste buds sit – Bluesfest covers them.

So, who’s got the Blues? Bluesfest does! In all its many forms, with nothing but quality and brilliance. 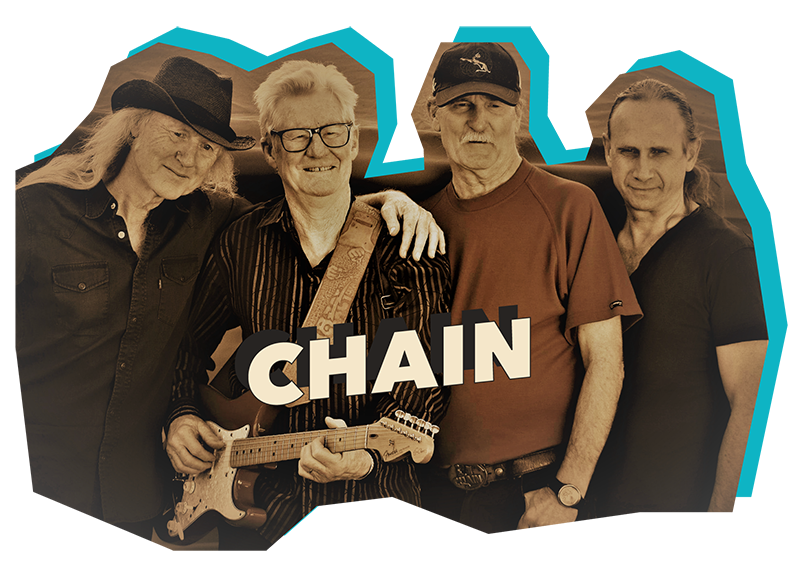 The MOST influential Blues-Rock band in Australia, honoured each year with the ‘Chain Awards’, presented to Blues performers and their works. They interpret the Blues in a way no other band has done and are credited with establishing ‘Oz Blues’ as a bonafide stylistic variation of its American father. Their songs have become anthems and their album ‘Towards The Blues’ is still on release, making it the longest permanently available Blues-Rock album in Australia. 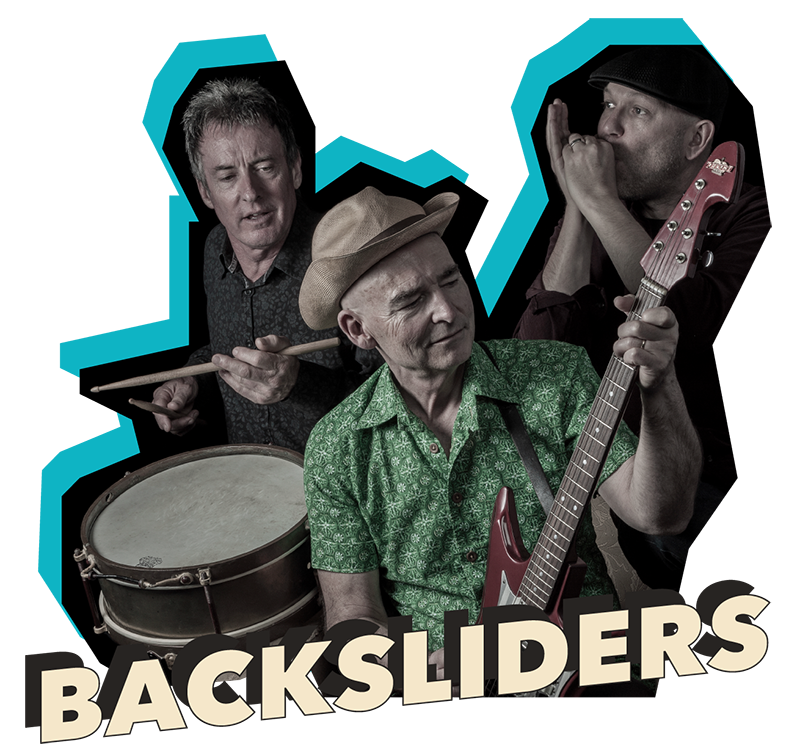 With a set jam-packed with Blues styles from the Delta to Piedmont, through to the Mississippi Hills – plus some jungle rhythms – Backsliders always deliver! Dom Turner is a multi-stringed instrumentalist, while Rob Hirst needs no introduction – he is one of the world’s greatest drummers. Joined by a guest harmonica player, this power-Blues trio has become a firm favourite at Bluesfest. 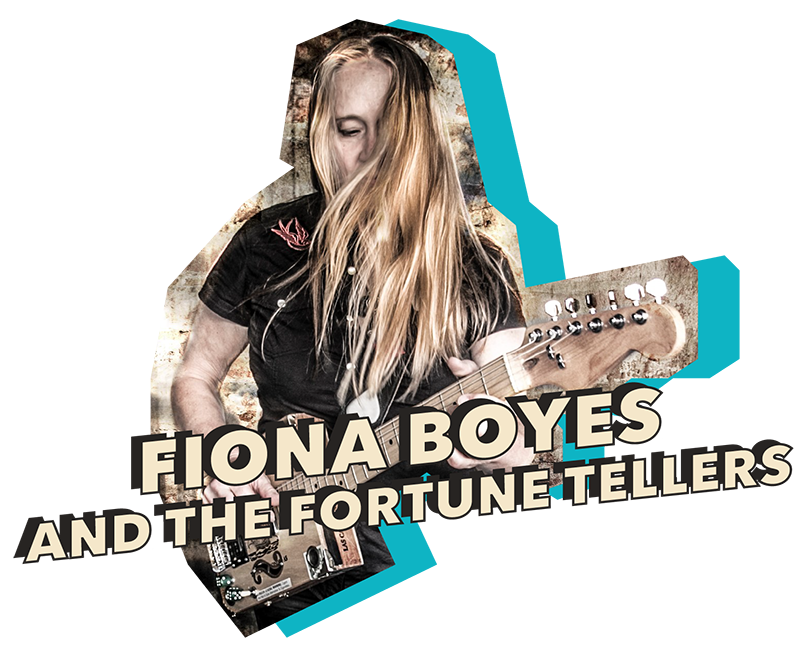 With or without her band – The Fortune Tellers, Fiona Boyes combines Delta slide, single-chord Mississippi Hills, Piedmont finger-picking, New Orleans barrelhouse, Memphis Soul, classic Chicago Blues, Texas Swing and uptown West Coast Blues, and bakes a uniquely original ‘Blues-cake’ of her own. She’s the only Australian to be recognised in the Blues Music Awards (Memphis) with 8 nominations; has won the International Blues Challenge and in 2017 was named ‘Female Blues Artist of the Year’ at the USA Blues Blast Awards! He calls it ‘Disturbed Folk’ music, we call it special. Jeff produces intricate, gutsy, melodic Blues, Folk, and Rock n’ Roll – loaded with Soul. He’s an outstanding guitarist and a gifted songwriter. His 25+ albums shows why he is an inspiration to many. 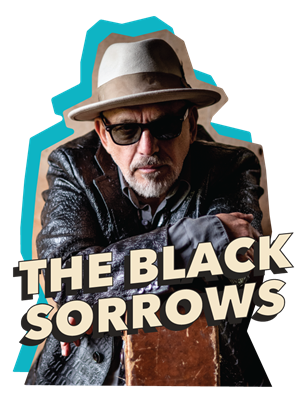 Roots-soaked Blues Rock. Since 1983 Joe Camilleri and The Black Sorrows have produced 18 albums and treated audiences around the world to their magic fusion of Zydeco, Folk, Soul, Rock, and Blues – spawning anthems like ‘Harley & Rose’ and ‘Chained To The Wheel’. 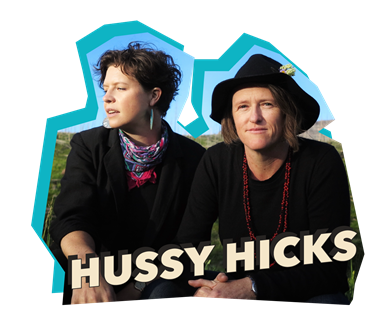 BB King described him as ‘the future of the Blues’… and Nathan Cavaleri is not letting him down. He fronts his band – his guitar wizardry and songwriting centred. DO NOT MISS him at Bluesfest this October. 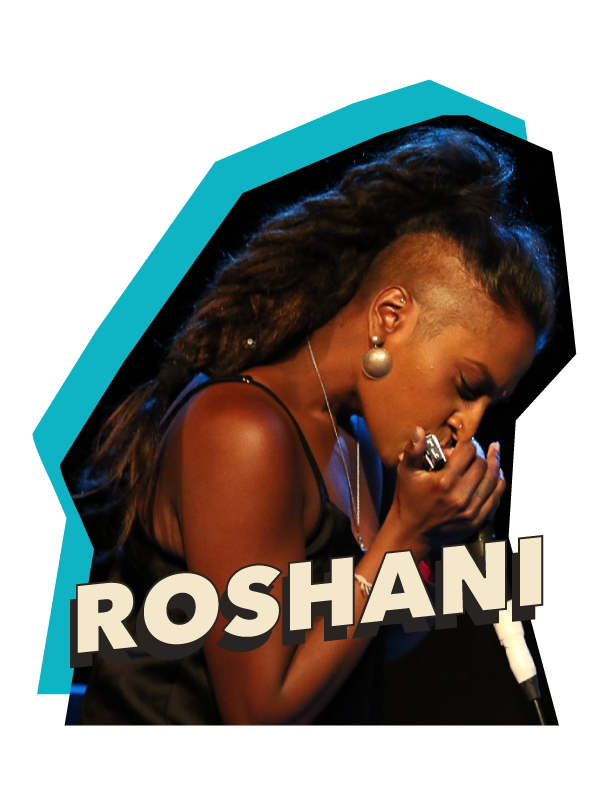 With a story as captivating and uplifting as her music, ROSHANI’s star is rising. A one-woman force of nature, and a voice that her performance honed with years of busking, living in her van, and travelling wherever the wind took her. DO NOT MISS ROSHANI! 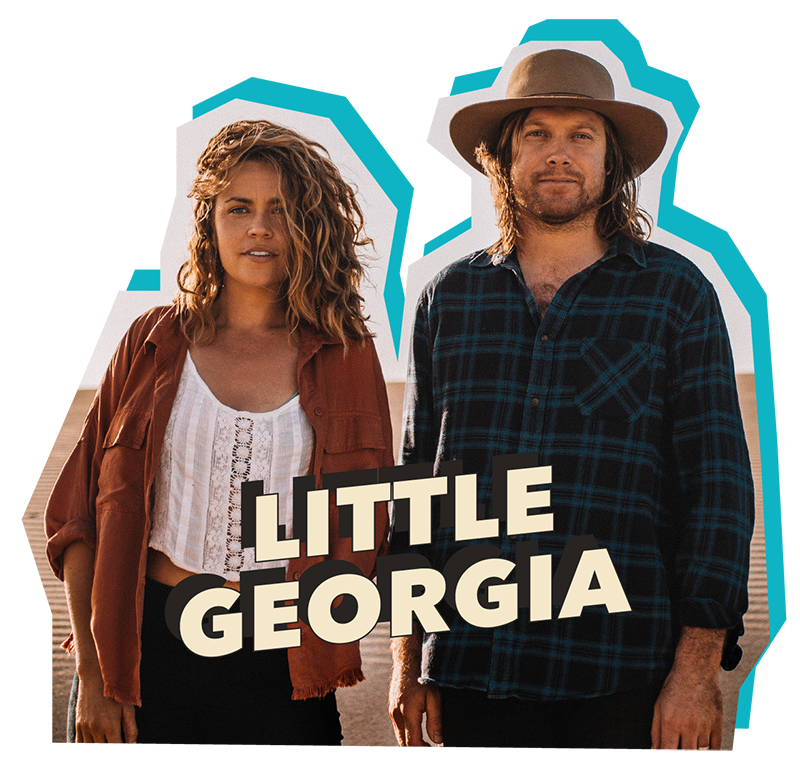 Ashleigh Mannix and Justin Carter have kicked the Blues into the 21st century with their fusion of traditional, Roots and Rock-Blues. Always delivering a high energy live performance that is unashamedly Australian but also somehow very much global. Their fan base is growing – don’t miss these guys at Bluesfest. 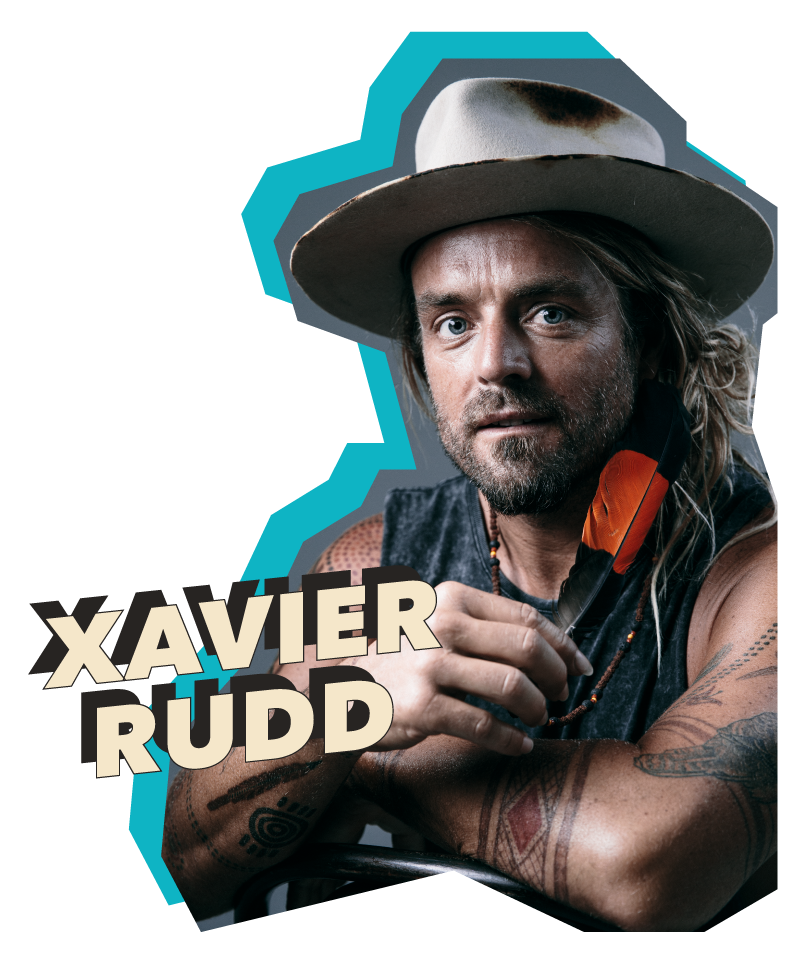 Xavier has given his soul to the world – and the world is responding. His music sends messages of hope and positivity. In songs such as ‘Dark Shades Of Blue’, ‘Land Rights’ and ‘Times Like These’ he evokes the plight of humankind and the planet on which we tread and sends prayers and hope for the future – a traditional Blues ‘call and response’ message. 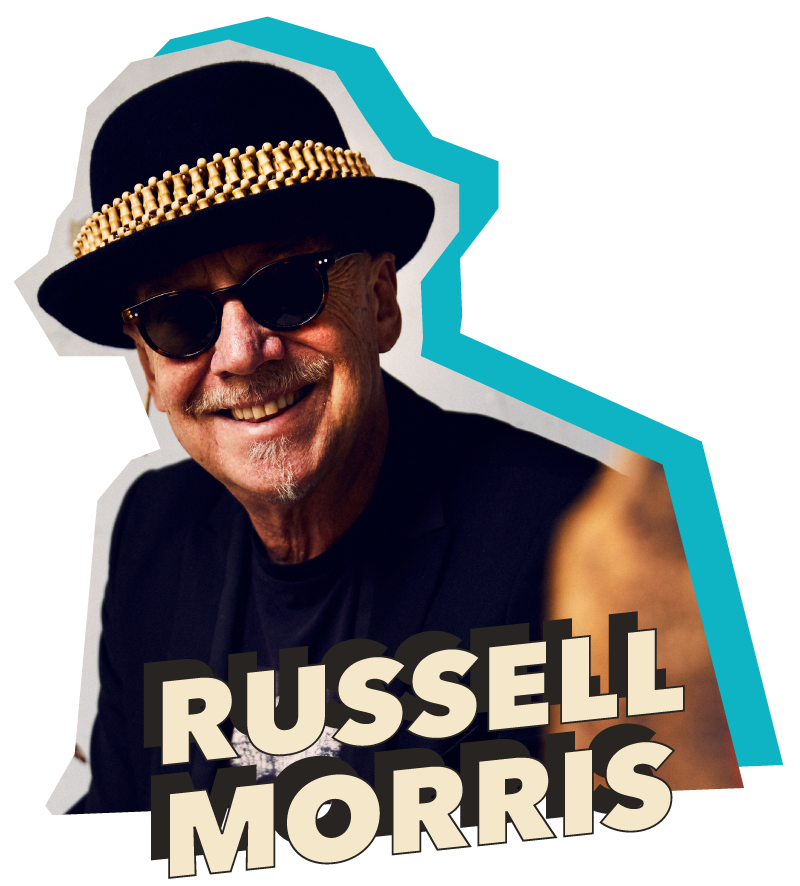 From the psychedelic rock of the ’60s through to his traditional Blues trilogy of the 10’s, Russell Morris has moved seamlessly through musical genre after musical genre. But it was his Australian Blues Trio of albums (that all went to #1 on the charts and earned him 2 ARIA’s) that have fully encompassed his musical genius and song-writing talents, illuminating both the bush and the urban sprawls, with his traditional stories embedded in the hot dusty music of Australian Blues. 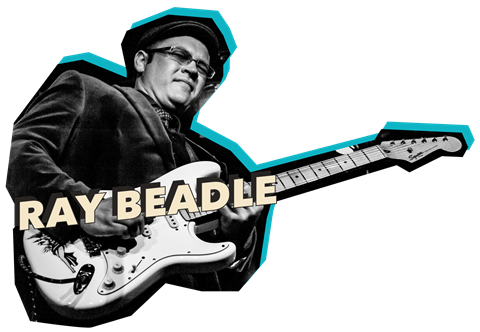 20+ years on the road; Ray Beadle has held down a residency with the house band at BB King’s Club in Memphis; been a finalist in the International Blues Challenge and has shared the stage with many Australian and International artists. The result? A unique ‘Ray Beadle’ Blues sound, melding all these influences into his own breath-taking style. 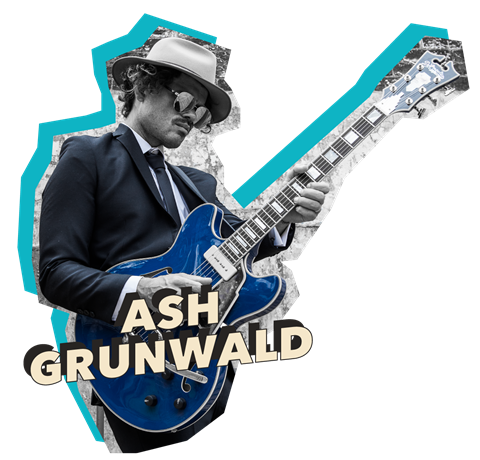 With his incendiary stage performances, virtuoso guitar, soul-drenched vocals, and uniquely Australian story-telling ability, Ash Grunwald is acknowledged as one of Australia’s finest blues troubadours and an inspiration to many young musicians. 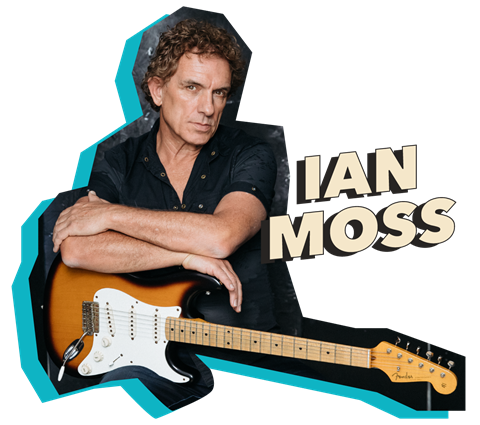 Ian Moss delivers an unforgettable sound – not only as a telling soloist on guitar but especially with his silken voice, ringing with clarity and resonating with pure soul. From his 5-time ARIA Award-winning debut solo album ‘Matchbook’ through to his latest self-titled work, Mossy has delivered classic Australian Blues throughout his 30-year solo career. Singer-songwriter and outlaw, Henry Wagons creates his own version of the Blues in his alt-country style. Briggs is Australia’s most dynamic MC and a proud Yorta Yorta man. Briggs extols the lack of respect for First Nations People – he stands solid and firm for the rights of his peoples, telling the tales of their unfortunate circumstance – the dispossession and the systemic injustice and the global rise of the Black Lives Matter movement. It may be hip-hop – but it sure is grounded in the Blues. The Bamboos have been funking us up for 20 years. Their live shows are infectious and dripping with soulful Blues and Funk. Their latest album ‘Hard Up’ is a throwback to their deep funk roots. Check out the blues-infused funk of the title track: “Hard Up”