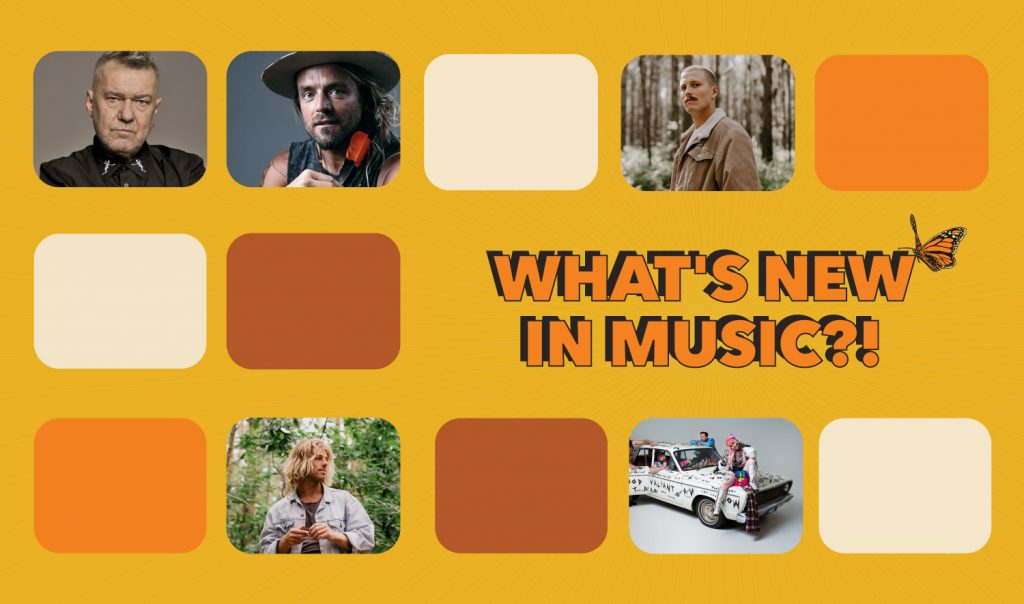 We like to keep you up-to-date with all that’s going on with our Bluesfest artists. Check out our news for this week… including a new video from The Bamboos, a new single from Jimmy Barnes, a global premiere from Xavier Rudd, a special magazine from Ziggy Alberts – and more.

They’ve been busy in the studio making music together and we are stoked to finally get a taste, with the release of TWO NEW SONGS this week! Listen below…

“The Bamboos celebrated their 20th anniversary with a week-long lock-in in country Victoria to record songs for their tenth album. You can hear that 20-year connection on ‘Hard Up’, and feel the chemistry of the players on every track. ‘Hard Up’ is an irresistible ride from start to finish.”

Bamboos play Sunday and Monday at Bluesfest. Check out their brand new video ‘If Not Now (Then When)’

In February Kate dropped her first new album in 6 years and will be bringing her 6 piece band to Bluesfest. Expect to hear some new material – as well as a selection of cuts and favourites from her classic back catalogue when she takes to the Bluesfest stage on Saturday 2nd October.

Back in April The Roving Commission gave flight to their new album, ‘City’s Calling Me’… and just last week dropped a wonderful song from this set: ‘Captain Collingwood’. Check out the animations by Nathan Armstrong – and check our Mick Thomas’ Roving Commission live at Bluesfest on Monday 4th October.

With less than a month to go before his new album ‘Flesh & Blood’ is released Jimmy Barnes teases us with a new single: ‘’Til the Next Time’. Jimmy says, “This song is very personal. It’s about self-doubt and waking up in the middle of the night wondering if you are good enough for your family.” Listen to ‘’Til The Next Time’ here:

Bluesfest’s Rusty Thorpe spoke to Jimmy a few days ago …. and got a fascinating insight into how Jimmy Barnes goes about life, music and family. Give it a listen here:

Update: They teased us with a couple of singles: ‘Red Room’ and ‘Get Sun (feat. Arthur Verocai)’ and now you can taste the whole new album – and it’s awesome! ‘Mood Valiant’ is out now and they irresistibly meld house beats with Funk, R&B and Jazz. Go get a taste – and catch them live at Bluesfest on Sunday 3rd and Monday 4th October.

Over the past couple of months, Hiatus Kaiyote has been teasing us with some smooth new sounds. First, it was ‘Get Sun’ feat. Brazilian-composer/arranger, Arthur Verocai; and now, they’ve unleashed the exquisite ‘Red Room’. This is all leading up to the release of a brand-new album “Mood Valiant” (their first in over half a decade!). It’s scheduled to drop on the 25th of June 2021 on Brainfeeder Records.

His latest album “Searching For Freedom” made its debut at #1 on the AIR Album Chart (independent labels) and #5 on the ARIA Australian Album Charts and now there’s news of a 10-date east-coast regional tour this July-August ahead of his Bluesfest performance on Saturday 2nd October.

Something a little different here. Ziggy has released ‘Searching For Freedom magazine (vol 1). A collection of imagery and words by Ziggy, his closest friends and his family – all based around the question; “what does freedom mean to you, and where do you find it?” A 148-page ode to Ziggy Alberts’ latest studio album, ‘Searching For Freedom’, aims to inspire readers to continue their journey into freedom. Check out “Searching for Freedom” Magazine here. 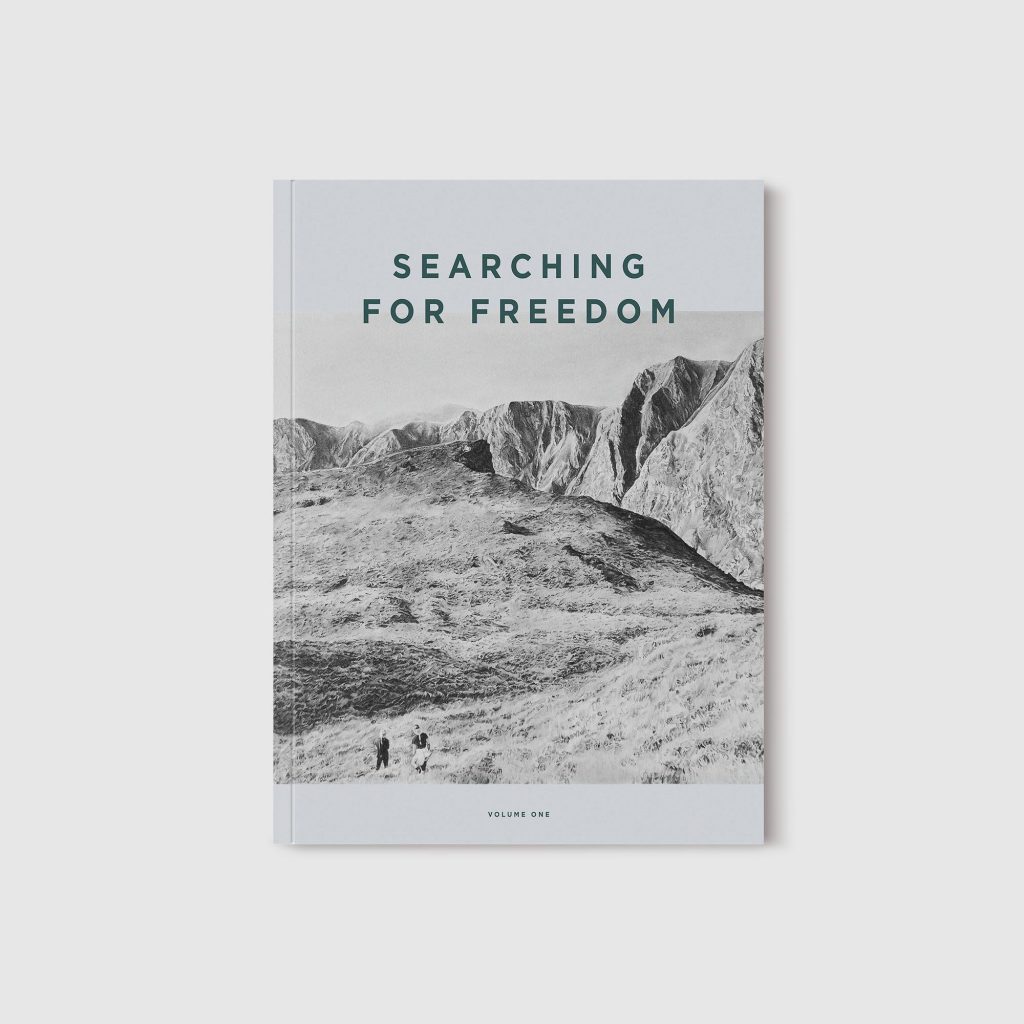 Recently, Kim Churchill premiered a new video on Youtube. ‘Can I Live In A Lightness’ is a live acoustic version of a song from his latest 4 EP collection ‘I Am Forgetting The End Again’. Beautifully shot live on Bantham Beach, Devon in the UK while Kim was finishing ‘Again’ – the 4th EP in the collection. Take a 4-minute chill time and enjoy.

Tash recently did a special performance for MTV Unplugged. Check out this song from the performance:

Pete Murray released his anticipated new EP, ‘The Night’, earlier this year. First, he teased us with the impressive lead single, ’Found My Place’, his driving song about offering wisdom to your kids, and then backed it up with the tenderness and beauty of ‘If We Never Dance Again’. Check out his solo acoustic version of this beautiful song Live on Triple M’s Molloy Drive programme. Listen to “The Night” EP here.

Not so much new music – but new news: Ian Moss & Troy Cassar-Daley are hitting the road together right after Bluesfest. This tour has been in the planning for two years and according to Ian “the setlist will have everything plus a few surprises”! We can’t wait to see if they try out a couple of things at Bluesfest… and funnily enough, both are playing on Sunday 3rd October……….. hmmmm!!! 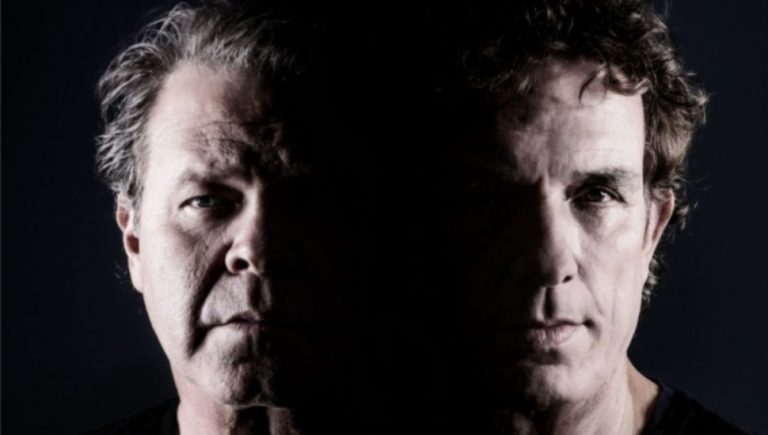 It’s a year since their ‘Lonely Diamond’ album dropped but Ocean Alley last month released a video of ‘Up In There’ recorded live at Miami Marketta on the Gold Coast. Great band – great song – great venue … what’s not to love! Catch the wave when Ocean Alley plays Bluesfest Friday 1st October.