The Cat Empire bow out on the Opening Night of Bluesfest 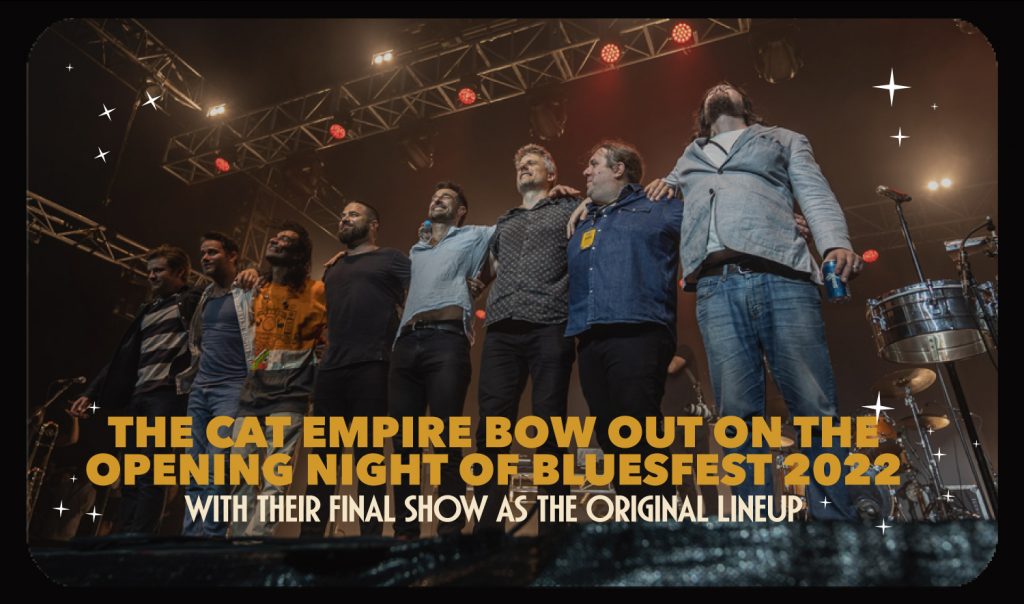 There were tears, there was laughter, there was high emotion, but above all … there was a major celebration for the original members of THE CAT EMPIRE, and their 20 years of global touring and success. 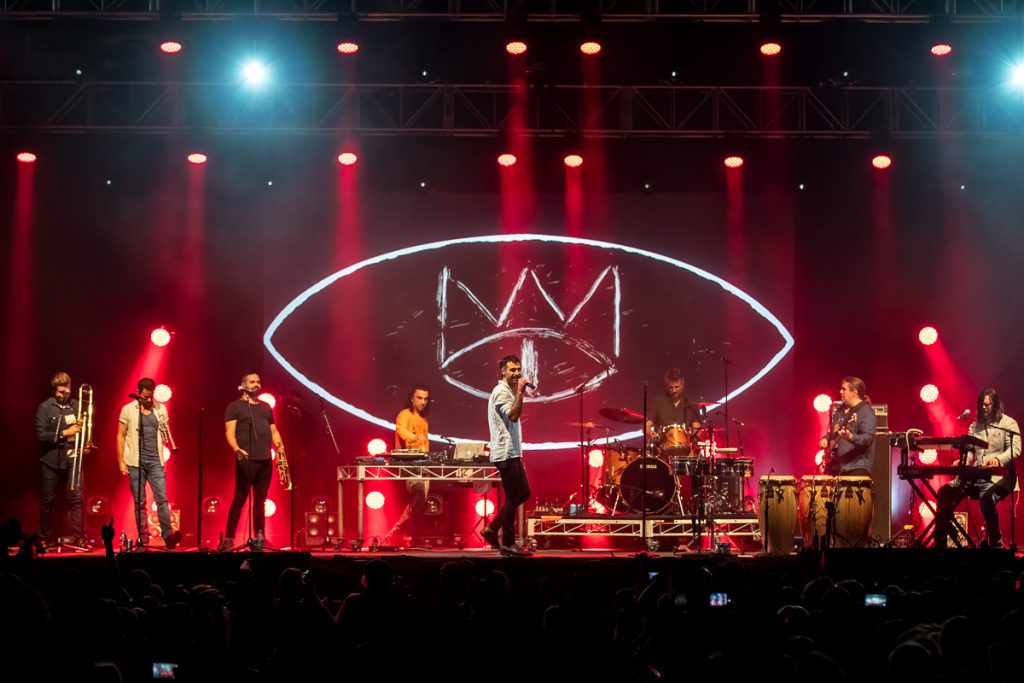 They whipped through a set, jam-packed full of favourites.

From the very first notes that Harry James Angus’ hit in his trumpet solo heralding the band into ‘How To Explain’ the crowd roared, and we were off on a blistering ride through THE CAT EMPIRE song catalogue. 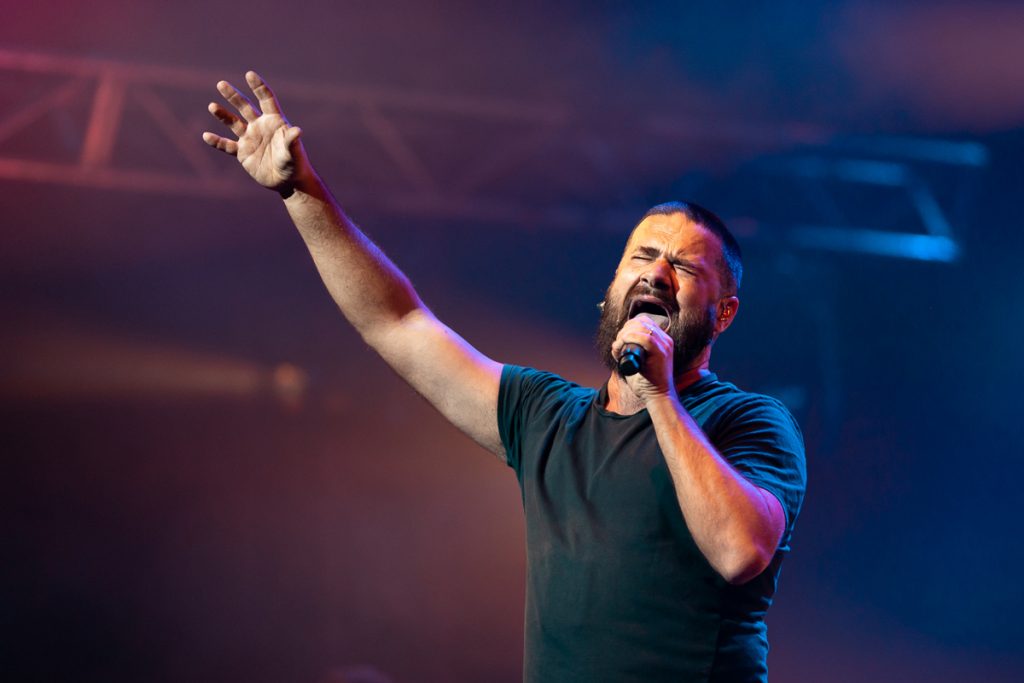 We were hoarse with singing, weary from pogoing like crazy but carrying smiles and tears and hands aloft as the final strains of ‘The Chariot’ in their encore performance melted into the sweat-soaked audience and band members alike.

“Our weapons were our instruments, made from timber and steel, we never yielded to conformity – but stood like kings”

A very fitting lyric to end THE CAT EMPIRE’s 20 years at the top as one of the world’s finest festival bands. Thanks for the memories, guys! We can’t wait to see what Felix and Ollie come up with next. 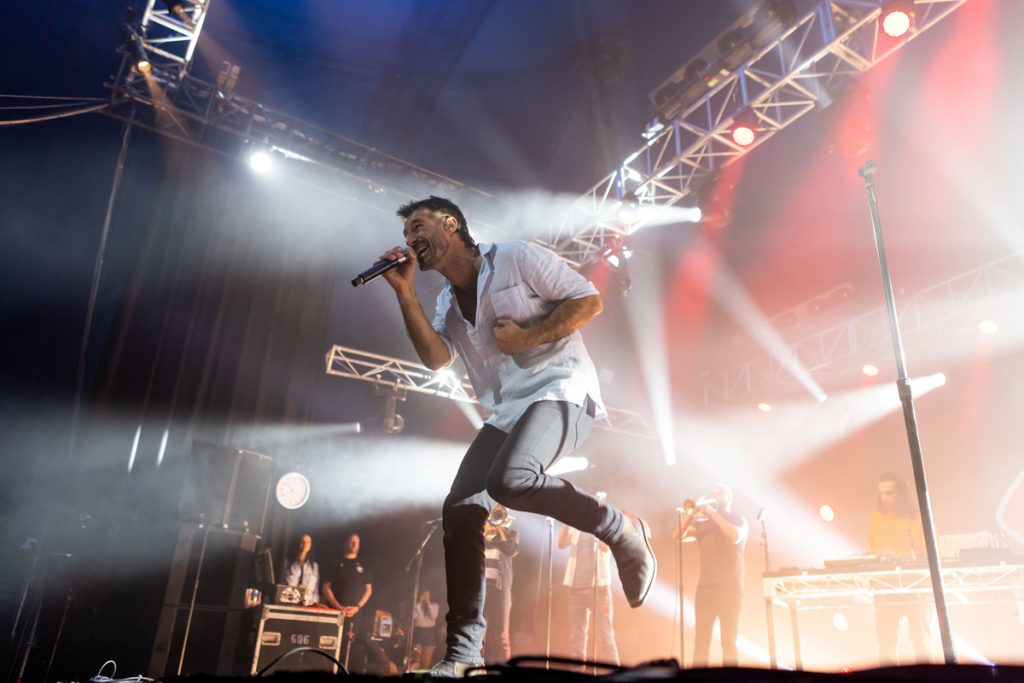 “We’ll just do what we do… one more time”

Harry Jame Angus and Will Hull-Brown hang out before their final show with the original members of THE CAT EMPIRE line-up. It’s been a 20-year global journey with the band… here they relive their moments – and open the door (just a little bit) on what might be coming next for them.

About this time last year, a couple of months after the April 2021 cancellation… we caught up with Felix Reibl to find out the backstories behind the two new songs they had just released and, of course, what surprises may be in store for their Bluesfest performance.

He also let us in on the secret to his onstage persona: his top 5 performers and songs that influenced him in a live sense and encouraged him to step into the spotlight and become a performer. Listen here and check out some clips of the artists Felix has been inspired by!