Our chat with Tal Wilkenfeld 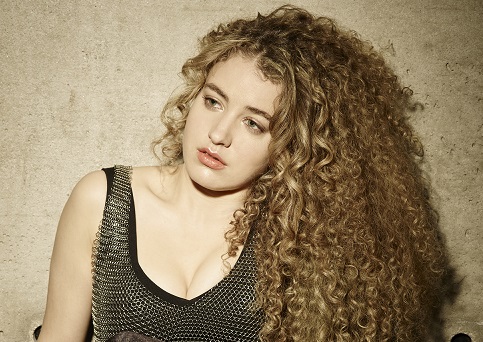 At just 14 years old, Sydney born bassist turned singer-songwriter Tal Wilkenfeld began playing the guitar. It wasn’t long before she dropped out of school and emigrated to the States to study electric guitar where she then began making a name for herself in New York’s jazz clubs, working with some of the industry greats. Having performed as a bassist with Jeff Beck, Mick Jagger, Prince, The Allman Bros, Herbie Hancock, and many more, Tal’s experiences performing with the greats have inspired her to hone her craft as an artist in her own right.

We were lucky enough to catch up with her for a quick chat ahead of her performance;

Q: Tal, you’re coming along to Bluesfest for the first time this Easter. As an Aussie, what’s it like returning to your homeland?

Believe it or not, I’ve never been to Byron Bay before, which is strange seeing as how I’m from Sydney. I’m so excited to go because I already know it’s gonna be one of my favourite places, based on what I’ve heard about Byron. I’m also excited to see all my friends and family. I don’t get to Australia as often as I’d like to.

Q: What are your top five tracks at the moment?

They don’t change really. Anything off of “Songs Af Love And Hate” or “Songs From A Room” by Leonard Cohen or anything off of “Blonde On Blonde” or “Bringing It All Back Home” by Bob Dylan. There is a lot of great music happening at the moment as well.

I’m highly impressed by Billie Eilish and her brother Finneas.

Q: What’s the most memorable gig you’ve ever played?

The first show I did singing my music when I opened for The Who. It was just such a shock, in the best possible way, going from only playing a handful of gigs with my band in clubs, to performing to packed arenas.

Q: Is there any artist on the Bluesfest lineup so far that you’re most looking forward to seeing?

I wanna see John Butler because I saw him when I first started playing music, and I’d love to tell him about the positive impact he had on me. Ani DiFranco ‘cause I’ve never seen her. Buffy Sainte Marie– she is one of my all-time favourite singers. John Prine is one of my favourites. Patti Smith and Her Band, cause I’ve only ever seen her sing one song live, Dweezil Zappa, Dave Mathews, Cory Henry, and Devon Allman are all pals so it’ll be nice to see them too.

I rarely get a day off. Usually, a day off is a travel day. I try to leave enough time in my schedule to meditate. I usually meditate for 20 minutes before each show. I am also a foodie, so I love discovering great places to eat out on the road.

Q: Any new music we should be keeping an ear out for in the coming weeks/months? Or – any surprises in store for the Australian shows?

I’m just starting to write again now since it’s been about 9 months since my album “Love Remains” came out, so who knows! Watch this space!

For more on Tal Wilkenfeld, follow her on Facebook here she’s also performing headline dates in Melbourne and Sydney this April around her Bluesfest performance.