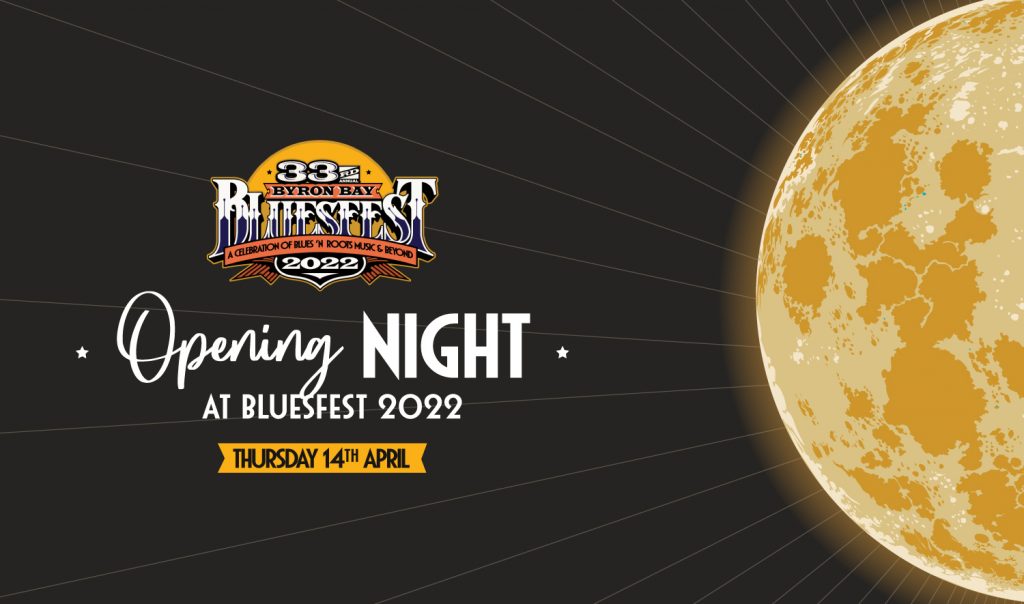 ‘Opening Night at Bluesfest 2022’ on Thursday, 14th of April just got a whole lot BIGGER! 🤩

Last week we announced THE CAT EMPIRE would play their final show after 20 years with the original lineup with their ‘Opening Night at Bluesfest 2022’ headline performance. A wonderful and fitting end to their 20 years’ association with Bluesfest – and a chance for us all to say ‘Goodbye Goodbye’ for the last time before we say ‘Hello Hello’ to Felix and Ollie and their plans for The Cat Empire II. We also announced that warming up the audience for THE CAT EMPIRE would be the awesomeness of TIJUANA CARTEL and CARAVANA SUN. Epic?!… you bet it will be!

“Last week’s announcement of THE CAT EMPIRE’s final show as the original lineup at Bluesfest 2022 was met with such an incredible response… selling thousands of tickets across the festival, including a number of TCE’s fans from across the world coming for this very special moment.

“Today we announce more artists for our very special Opening Night at Bluesfest… Starting with THE HONEYDRIPPER’S DYLAN PARTY… fully curated by JOE CAMILLERI, and featuring his handpicked special guests who will be many of Bluesfest’s favourite artists. It will be a fully rehearsed, one-of-a-kind tribute to Bob Dylan, now in his 80th year – a memorable performance.

“We have classic Australian bands from the late 60s / early 70s who define Progressive Psychedelic music… with a hint of Surf music thrown in. TAMAM SHUD and SPECTRUM are getting out their guitars and drums once again to present the very best music of the period… and on top, the legendary master of the PSYCHEDELIC LIQUID LIGHTSHOW of the 60s & 70s, ELLIS D FOGG is lighting the performances. Maybe it’s not going to be everything you experienced back then (🥸)… but, it’s going to be as close as you can get all these years later!

“We will be presenting the incredible 16-piece choir from Cairns, Marilya, presenting their deeply moving SPINIFEX GUM… HENRY WAGONS’ musical tribute to Warren ZEVON – ACCIDENTALLY LIKE A MARTYR, the BLUE EMPRESS ALL-STARS featuring the who’s who of Australia’s ‘Ladies of the Blues’… and a whole lot more! Opening Night at Bluesfest 2022 is already going to be very special… and yet, there’s still more to come.”

Bluesfest 2022 promises to give us all the well-deserved live music treat we need after the last few years without a Bluesfest!

For those who already have tickets to other days of the event, Bluesfest has made Thursday add-on tickets available. For everyone else, 5-Day season, 3-day Thu-Fri-Sat, and single-day tickets are all ON SALE NOW! 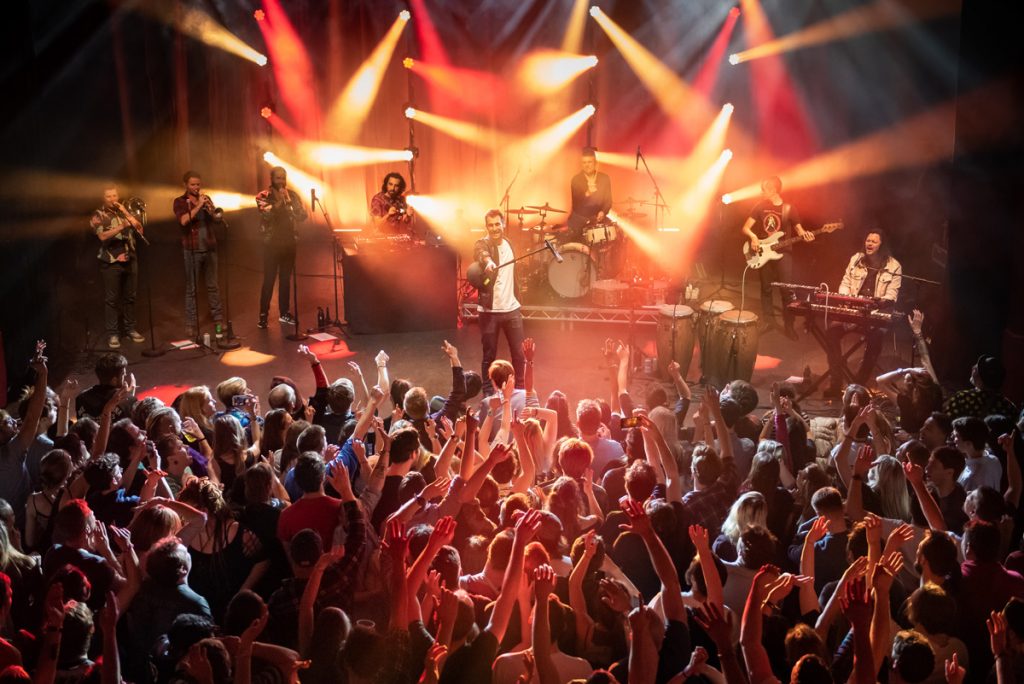 Bluesfest favourites, THE CAT EMPIRE, recently announced that after 20 years the band’s original line-up will play their final shows. How fitting it is that they have chosen to play their very FINAL show at Bluesfest, after a long association with the festival. They first played Bluesfest in 2003 and have played a total of 16 shows over 9 festivals.

Everyone is looking forward to seeing what the next chapter of THE CAT EMPIRE will bring, with founding members Felix and Ollie stepping forward with “a re-imagined, vibrant, cross-cultural, and joyful collective of musicians and artists” But first, let’s welcome to the stage for one final time, THE CAT EMPIRE as the original line-up, headlining Bluesfest 2022 Opening Night! 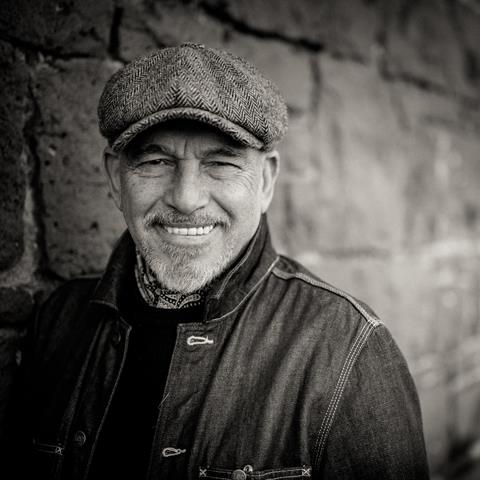 The music and song-writing genius of Dylan has endured the decades, and even his protest songs of the early ‘60s bear relevance to the state of the world today. Everyone has a favourite Dylan song – and on Bluesfest 2022’s Opening Night THE HONEYDRIPPER himself will unleash a set full of Dylan classics, sharing the stage with some of the weekend’s most loved performers yet to be announced – FOR ONE NIGHT ONLY! Bluesfest will be announcing who is going to be a part of this special evening in the coming weeks.

Next, Bluesfest is proud to present a complete ‘60s retro spectacular! There’s a saying, “If you remember the 60’s – then you weren’t really there!” – it was an explosion of music, art, culture, counterculture, youth, psychedelia, and rebellion. Reforming especially for Bluesfest are two of Australia’s legendary progressive rock bands: TAMAM SHUD and SPECTRUM.

Both of these special guests still love creating, recording and performing together in the spirit in which they have always made music, and have been giving us exceptional music since the ‘60s and ‘70s… 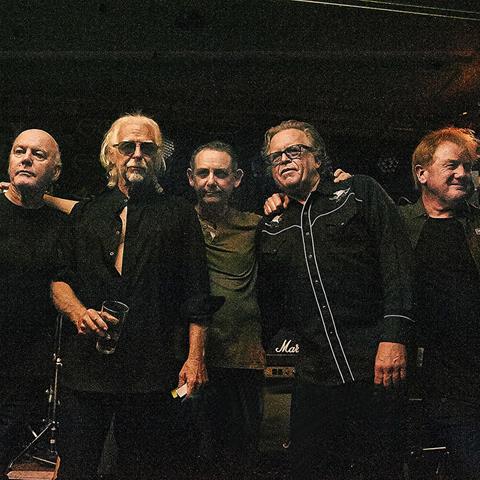 Expect to experience TAMAM SHUD’s “Lady Sunshine”, “Too Many Life” and “Bali Shores”, plus “First Things” from the ‘Morning Of The Earth’ Triple Gold soundtrack, as well as much more music from their newer albums. 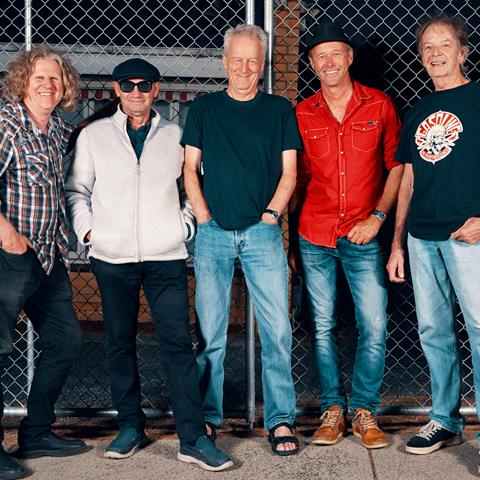 We’ll see SPECTRUM‘s “But That’s Alright” and “Play a Song That I Know”; The Indelible Murtceps’ “Indelible Shuffle” and “Esmeralda”; Ariel’s “Jamaican Farewell” and “Disco Dilemma”… Not to mention the legendary song that started it all, SPECTRUM‘s “I’ll Be Gone (Someday I’ll have money)” of course! 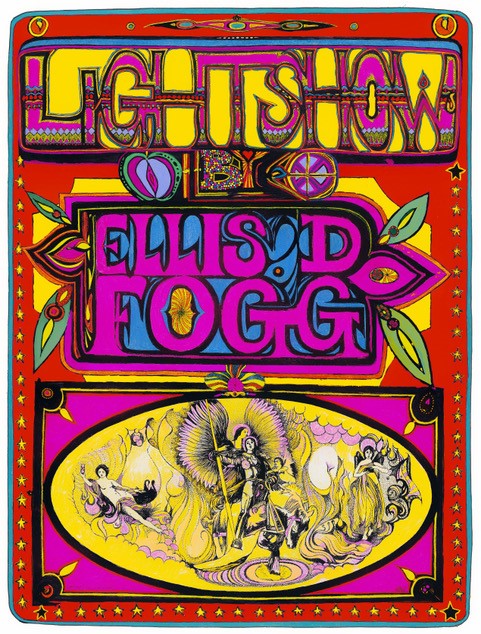 On ‘Opening Night at Bluesfest 2022’, you won’t just hear the music you will see the music as well. Bluesfest is thrilled to welcome ROGER FOLEY-FOGG to re-create his 60’S PSYCHEDELIC LIQUID LIGHTSHOW on Bluesfest 2022 stage, with the iconic legendary bands SPECTRUM and TAMAM SHUD generating the music 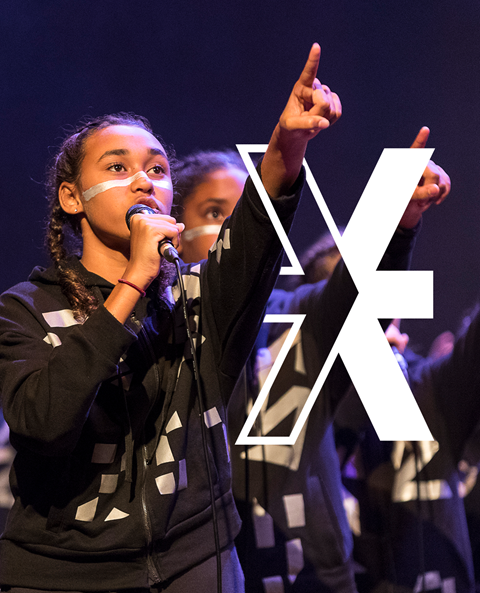 Bringing together the sound of Marliya Choir – a 16-strong choir of talented young Indigenous female singers from Far North Queensland and the Torres Strait, SPINIFEX GUM is led by Lyn Williams, along with the music of Felix Riebl and Ollie McGill (from THE CAT EMPIRE) and choreography by Deborah Brown. 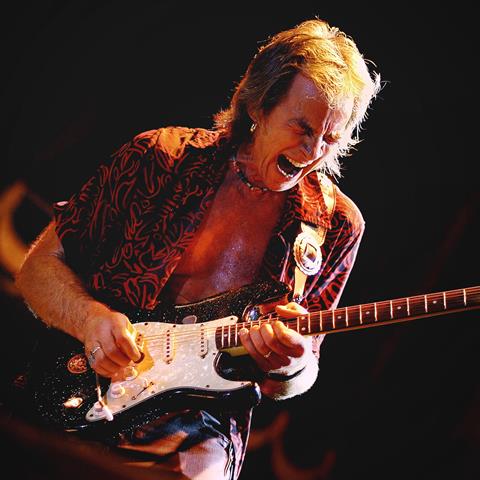 Previously announced on the Bluesfest 2022 lineup, an additional KEVIN BORICH EXPRESS performance has been added to ‘Opening Night at Bluesfest 2022’ – led by  a man with 57 years of professional experience behind him catch Kevin Borich (guitar, vocals), Jon Carson (drums, vocals) and Chris Gilbert (bass, vocals) and transcend into his rock-based funk ‘n’ blues. 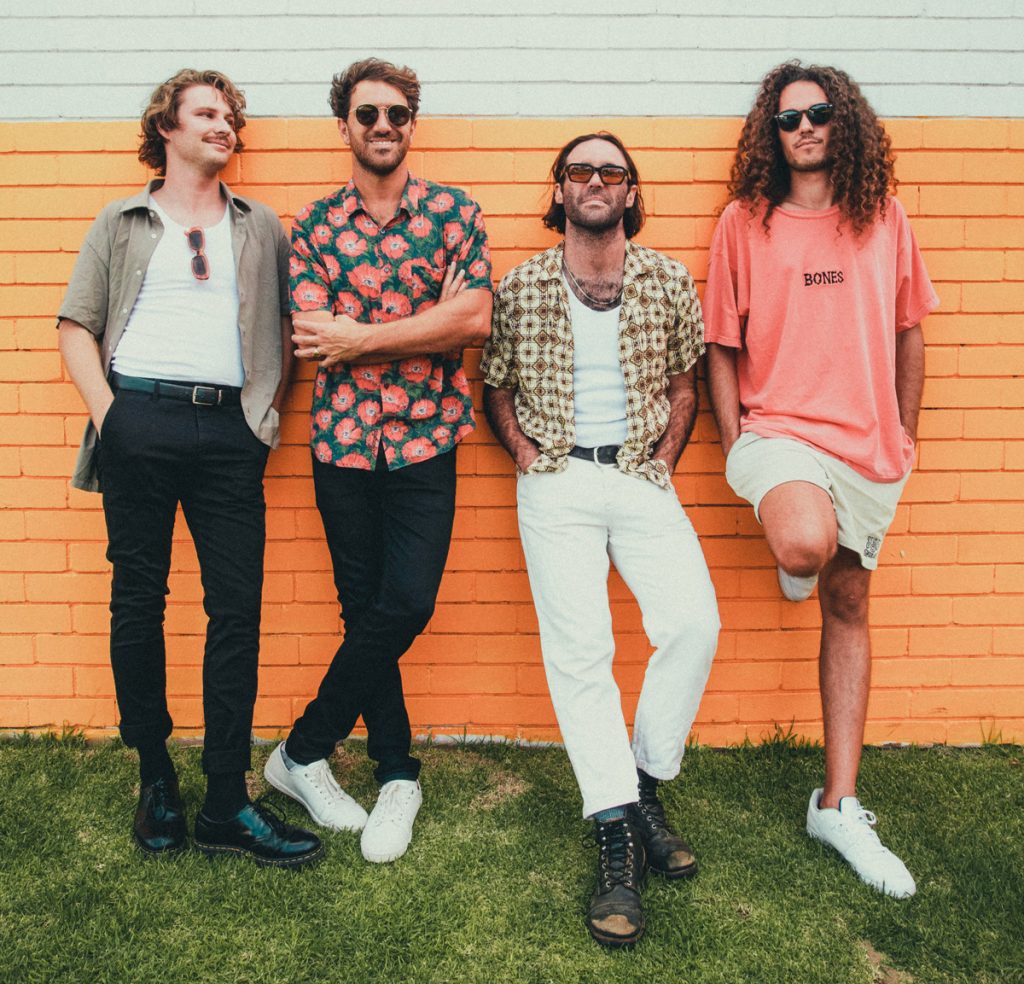 Get ready for raw energy, crowd singalongs and soulful heartfelt moments with CARAVÃNA SUN. They’ve toured with iconic artists Madness, UB40, The Cat Empire & Fat Freddys Drop, and have become internationally regarded as a band that demands to be heard live.

They’ve toured all over Europe and show no sign of slowing down, having recently signed with Berlin’s Embassy of Music, joining a list of heavyweight artists including Björk & Moby. 2022 is shaping up to be CARAVÃNA SUN’s biggest year yet – so, don’t miss them on home soil on Opening Night at Bluesfest 2022!

Well-established on the Australian music scene (as well as across Europe and the USA) as one of the country’s most exciting live acts, TIJUANA CARTEL combine the sounds of the Middle East, India and Spain with an overall psychedelic and atmospheric approach. 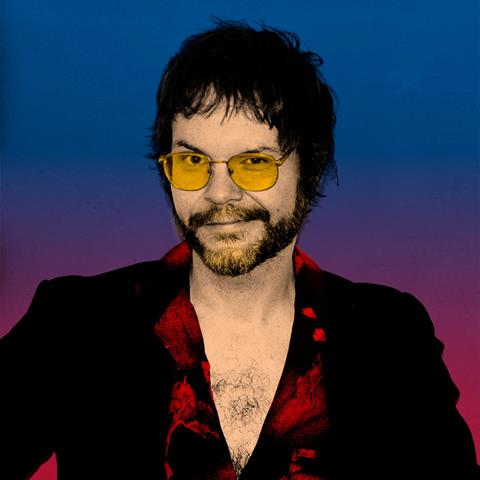 HENRY WAGONS together with his music director, LACHLAN BRYAN, celebrate the song-writing genius of Warren Zevon, who gave us “Werewolves of London”, “Lawyers, Guns & Money”, “Carmelita” and “Poor Poor Pitiful Me”…  get front and centre for this deep dive of an iconic artist! 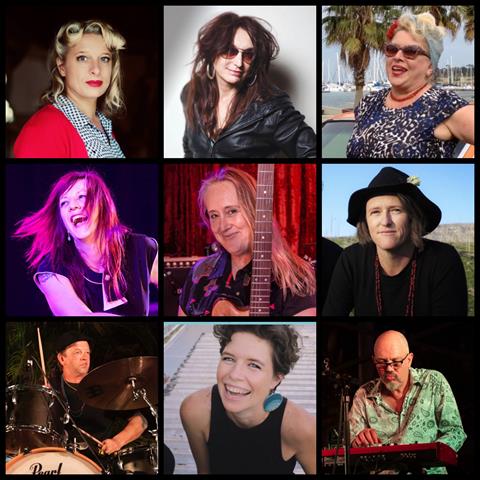 Keeping the Blues alive with a sensational collaboration between some of the greatest vocalists and musicians around! 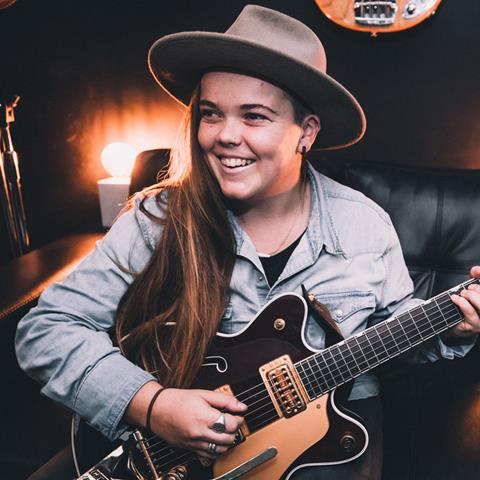 Kicking it all off on Thursday is MINNIE MARKS – the Bluesfest Busking Competition winner from 2011, is bringing her insanely powerful voice and dynamic guitar wizardry after too many absent years. 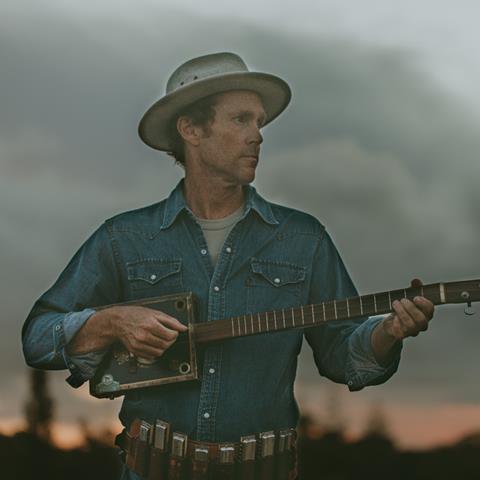 JUZZIE is a ridiculously talented one-man band based in Byron that has amassed over 200 million views on social media. Wanna know why?… then be front and centre Thursday 14th of April at Bluesfest 2022 when LIVE MUSIC RETURNS TO BLUESFEST.