John Butler In His Own Words

Why We Love John Butler

Bluesfest favourite John Butler on his musical inspiration, the greatest performance of his life (hint: it was in Byron Bay) and his dream collab!

What’s the most memorable gig you’ve ever played?

Without sounding like I’m blowing smoke up your a*s it would have to be our first Byron Bay Bluesfest. We played our first show to just a quarter of a tent and after the show, I said to my partner, “Our next show tomorrow we are going to have a full tent.” I said it defiantly and with a pinch of entitled arrogance, I’d say. But man I was keen to win this audience over, to say the least! Nothing’s changed actually. Anyways, the next night the tent was a quarter full again and about halfway through our set when we were just starting to hit our stride, the heavens opened up and torrential rain bucketed down on the site. At that moment the only thing I could say is it was like lit matches hitting fuel fumes. A massive crowd ran into our tent while we were peaking musically and the tent exploded! The gig hit overdrive. The rain stopped, the crowd stayed and the tent just heaved and exhaled steam from all sides. To my virgin festival crowd ears, this was the loudest roar I’d ever heard from an audience and to this day it’s imprinted in my psyche as the loudest crowd. Since then I’ve played to 70+ thousand at the SCG and played several times to thousands at Red Rocks and other massive festivals all around the planet but that gig, as I said, went into virgin territory and it will be forever tattooed in my heart and mind as one of the greatest performance moments of my life. 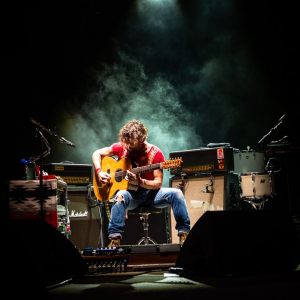 What’s the first-ever album you purchased?

‘Somewhere in Time‘ – Iron Maiden. That was for my brother. ‘Slippery When Wet’ – Bon Jovi was the first album I asked for.

Where do you draw inspiration from when you’re writing songs?

Life in all its facets; the inner and outer worlds. More and more I’m enjoying hearing a good story and something universal. Something that everyone can relate to. I think great songs do that.

What artist would you most like to collaborate with in the future? 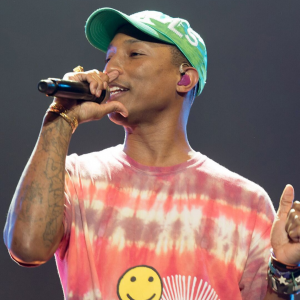 What are the five songs you’re loving right now?

If you weren’t a musician what would you be?

What advice would you give anyone looking to pursue a career in the industry?

Find something you love and then WORK!! And it’s a community NOT an industry. It’s about people and soul, not the machine.

Any new music in the works you can share with us?

Who knows, we could be lucky enough to get some new music this Easter at Bluesfest! Catch John Butler on Sunday 12 April 2020.