Get to Know The Cat Empire 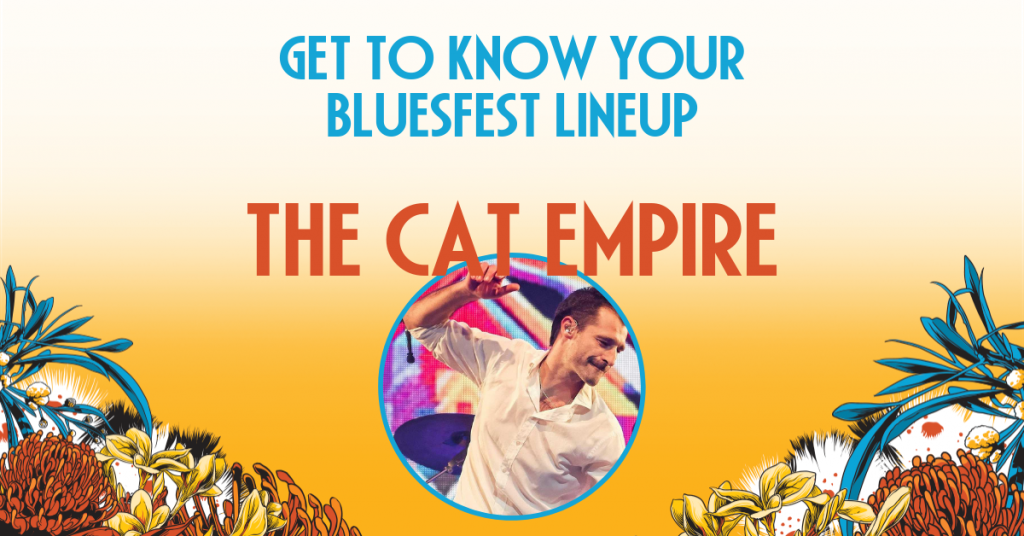 “They know how to pull you into their party.” – The Sydney Morning Herald, Bluesfest Review

It is rumoured that the reason The Cat Empire headlines major festivals all over the world is because no band is brave enough to take the stage after them.  Such is the power of their live show and world class musicianship, which sees their infectious, genre-embracing anthems sweep audiences into a dancing, singing frenzy of waving arms and smiling faces.

Seven albums into a stellar career, these six musicians originally hailing from Melbourne Australia began as a word-of-mouth secret transported globally by backpackers, fast becoming an international touring juggernaut with legions of devotees at every stop.

The Cat Empire’s commitment to live music, showmanship, and their unstoppable energy and generosity as performers makes them a stand out when they take the Bluesfest stage. Join the party next Easter!