‘Preaching Blues’ • Dom Turner looks back over 35 years of Backsliders 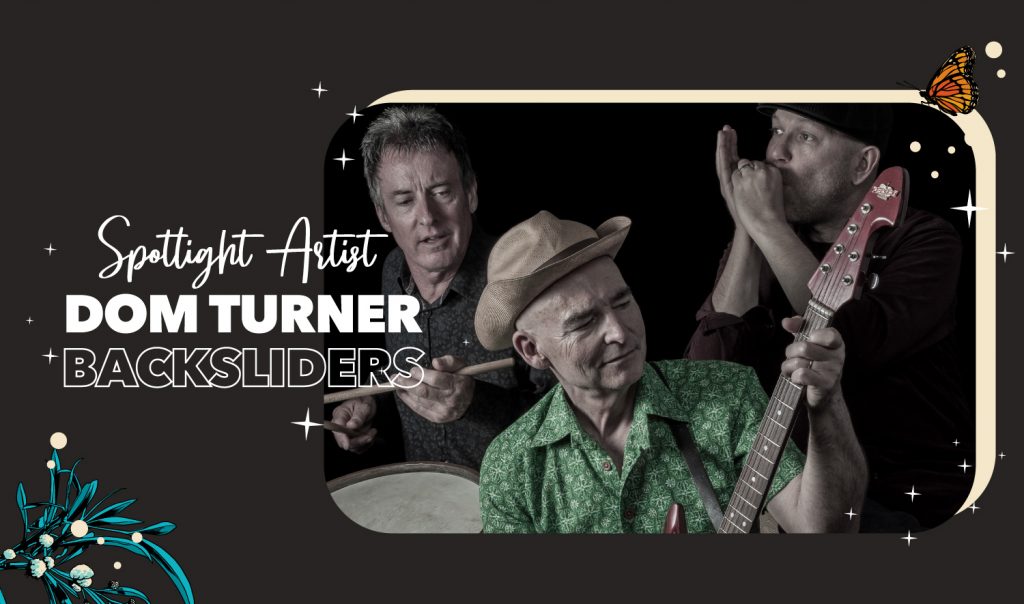 He has never wavered from his passion for the Blues; whether it be Delta Blues, Piedmont Blues, Hill Country Blues, or 12 Bar Blues.

Dom has toured collaborated and nationally and internationally with Phil Wiggins and The Turner Brown Band. His love of traditional music has seen him travel into Asia to explore the links between traditional music and instrumentation and the Blues. He has collaborated and recorded with Korea’s internationally acclaimed komungo (a Korean fourth century fretted board zither) virtuoso, Jin Hi Kim. He’s travelled to Hanoi to collaborate and record with Vietnam’s blind guitarist, Kim Singh.

On top of all that, Dom is a highly regarded speaker on Blues & Roots music and has guested on ABC radio programs and presented music workshops at festivals and in universities (both nationally and internationally). Listen in to Dom talking about the early days of Backsliders and the passionate musical ethos that drives the band.