Deep Dive into the Classics 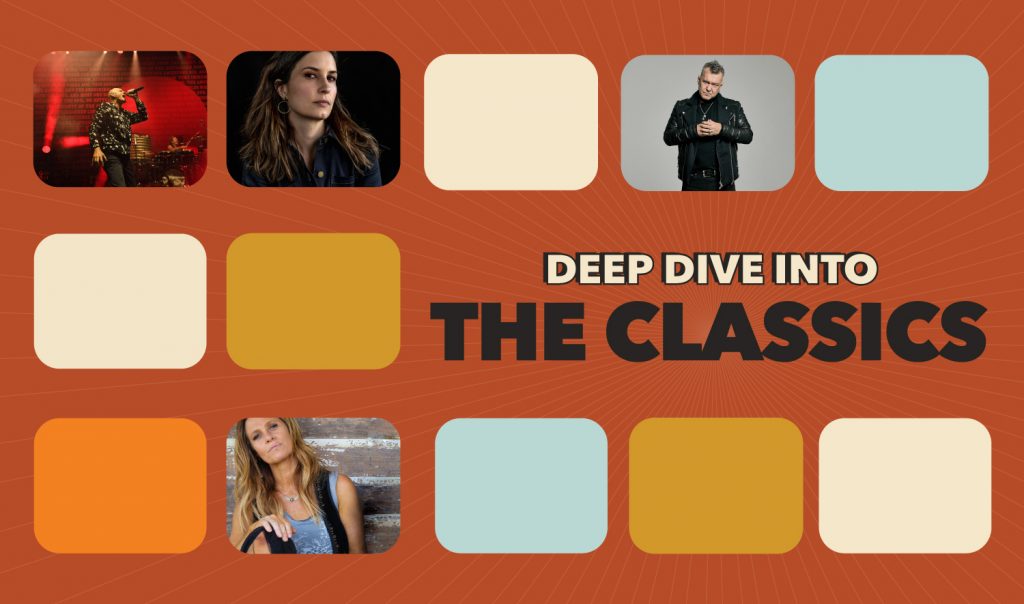 These guys have been rocking with us for decades… and maybe now that ‘old’ is the new ‘new’ – these days we’re seeing many bands reforming or still kicking it after decades in the biz. We LOVE to see it.

Our Bluesfest 2022 lineup is a treasure trove of classics. Let’s take a musical hike down memory lane – and look ahead to what we’re all so very, very excited to see this Easter!

Only The Cat Empire could introduce themselves to the world with a single called ‘Hello’ and an album named after them ‘The Cat Empire’. 22 years, global tours and a legacy of being one of the world’s most beloved party and festival bands, the current lineup of The Cat are lowering the curtain and have chosen to stage their final performance at Bluesfest on our opening night. It’s a ‘DON’T MISS – NO BRAINER!’

This is pretty much Jimmy’s signature song as a solo artist and was written for him by the keyboardist from US band Journey, as a tribute to Jimmy’s fan base. There’s no finer sight or sound than Barnsey in full flight with this song. Easter Sunday – it’s a date!

Kasey herself best explains the first release from her debut album, ‘The Captain’. “It’s kind of through the eyes of myself in about 10 years’ time, when I want to settle down and take it easy and just be no one for a day.” As we all know, Kasey thankfully didn’t settle down and ‘be no-one’. She’ll be rokkkin’ Bluesfest Easter Saturday.

In 2004, ‘Scar’, the first single from her debut album ‘The Sound Of White’, helped Missy Higgins to the ARIA for Best Pop Release and the APRA award for ‘Song Of The Year’. Catch Missy on Easter Saturday.

Simply put – a timeless classic from Paul Kelly, originally released in 1987 when he still led The Coloured Girls (and The Messengers for the overseas market).

yep – we all know this one… The band’s biggest international hit, and perhaps their signature song, This song has brought most of us to the brink of tears at some point. Crowded House celebrate the end of their 2022 Tour with a special Easter Sunday performance at Bluesfest – let’s do it

In early 1976 this song hit the Top 40 singles chart, a first – but certainly not the last – for Renee Geyer and was lifted from her third album, ‘Ready To Deal’. A stellar career has followed, and Renee Geyer has been long regarded as one of the finest exponents of Jazz, Soul and R&B. Easter Sunday is unmissable!

It’s hard to believe its 48 years ago that ‘Breezin’’ – both the single and album of the same name, were released, marking the start of George Benson’s most successful period commercially. Like all classics, it sounds as fresh today as it did on day one, and for the first time at Bluesfest, we get the chance to hear this and all the favourites, when George Benson’s debuts on Easter Sunday.

Morcheeba unleashed this blockbuster back in 2000. It was the first single from their 3rd album, ‘Fragments Of Freedom’, and became their biggest hit in their native UK, and charted around the globe.  Bluesfest favourites, Morcheeba, return to give two stunning performances on Friday and Saturday of the Easter Long Weekend. It’s a date !

THE LIVING END – ‘Prisoner of Society’

Now this IS a classic. At the 1998 ARIA Awards ‘Prisoner Of Society’ won the Highest Selling Single category, lasting a record-brbeaking 47 weeks in the Top 50 and eventually becoming the highest selling Australian single of the1990’s.  Their blistering live sets are now stuff of legends and finally after 25 years we get to see them at Bluesfest on Good Friday.

The debut single from the debut album ‘Half Mile Harvest’ blew our collective minds and ears with its retro soul influences of Wilson Pickett and Otis Redding – and was a warning for the music that was to follow. They may be ‘newbies’ in this classic category, but so many of their songs have ‘classic’ written all over them… and we cant wait to see them light up the Bluesfest stage on Easter Monday. Tickets … now please !!

Chain. The cornerstone of Australian Blues – right here! And this song lit the torch for so many to follow. 50 years young – and still so raw – and so fresh ! It’s Chain’s only Top 20 hit, but don’t underestimate their place in the pantheon of Australian music.