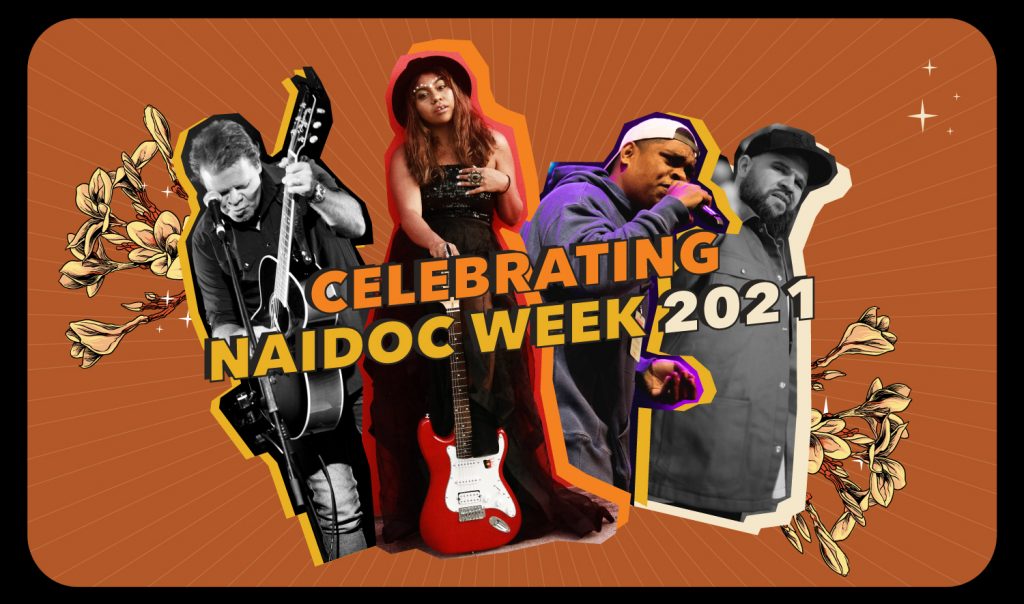 NAIDOC week is a celebration of the history, culture and achievements of Aboriginal and Torres Strait Islander peoples. Each year, there is a different focus – this year’s theme is ‘Heal Country’ shining a light on our shared duty to protect our lands, our waters, our sacred sites and our cultural heritage from exploitation, desecration, and destruction.

We caught up with EMILY WURRAMARA and JK-47, two of the First Nations’ artists on our lineup for this year. They speak about country, culture, future and the power of music in sharing stories, history, connection and bringing people together.

“I’m a Territory girl. That’s my home. The red dirt is my heart.” 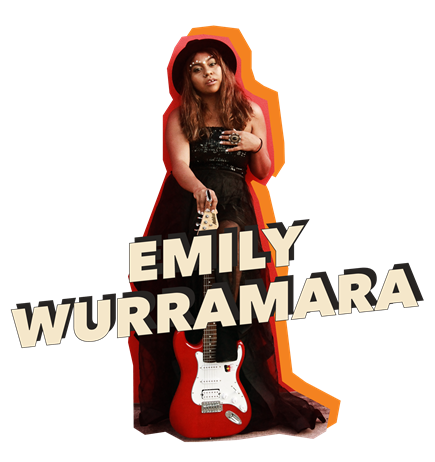 EMILY WURRAMARA possesses a beautiful voice, a unique and engaging talent for songwriting both in English and in her native Anindilyakwa language. This week we caught up with Emily about her new album, her band that she hasn’t seen for ages, and appearing at Bluesfest.

“It’s going to be really fun. I’ll be having two special guests with me (I can’t say who right now!) There’s going to be some dancing. I’ve learnt some choreography for my songs!”

“It’s a huge honour to be recognised alongside amazing artists like Caiti Baker, Baker Boy and Sampa [the Great]. It was so deadly.”

“It makes me really proud as a Warnindhilyagwa woman and a First Nations woman to be recognised. We have a lot of beautiful indigenous female artists that don’t get the recognition I feel that they deserve and so to be able to be there at the heart of that I’m very honoured and grateful.”

I feel like it’s my responsibility and my duty to help implement that ripple effect and implement that change in society because we have the foundation – we have a profile and as artists we have things to say… and people want to listen to what we say because they respect our music or they respect us as a person or whatever the case may be – so I’m really honoured and very proud to be a part of history and be a part of such an amazing industry full of my brothers and sisters who I call family.

When I first joined this industry I had people like Shellie Morris, Emma Donovan and Sue Ray who took me under their wing and were like ‘We got you sis!’ “

“When I tell my story I just hope that the people who have been through stuff can relate to it so they can feel like someone knows what they are going through.” 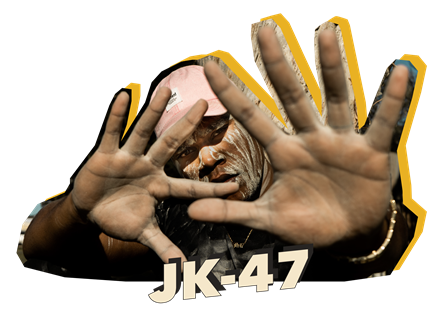 JK-47 is a new young rap artist and proud Minjungbal/Gudjinburra man of the Bundjalung community. His message is fearless but always positive as he addresses indigenous issues. A fast-rising hip-hop star, he has a lot to say – and he isn’t afraid to say it – and all of it is positive.

“I’m just trying to leave something bigger than myself behind.”

“I know there’s problems to tackle here, but after we get everything right here if that ever happens, we then have to go out into the world and create change on a bigger scale. I just encourage people to find the gift you have and embrace it and use it to have a positive effect on other people in your life.”

ON HIS SON – AS A NEW FATHER

“Knowing that he is going to be old enough to one day listen to my songs – it can’t be nothing that’s gonna lead him astray. If I’m gonna put something down, I better know what the heck I’m saying. I’m just trying to leave something bigger than myself behind.”

“Tupac has always been up there in my books. He taught me a lot: that although a lot goes on with my race and my culture I have to keep my temperance otherwise mistakes can be made. I took one of his strongest songs ‘Changes’ and applied it to where we come from.”