Album of the Week ‘By The Way, I Forgive You’ by Brandi Carlile 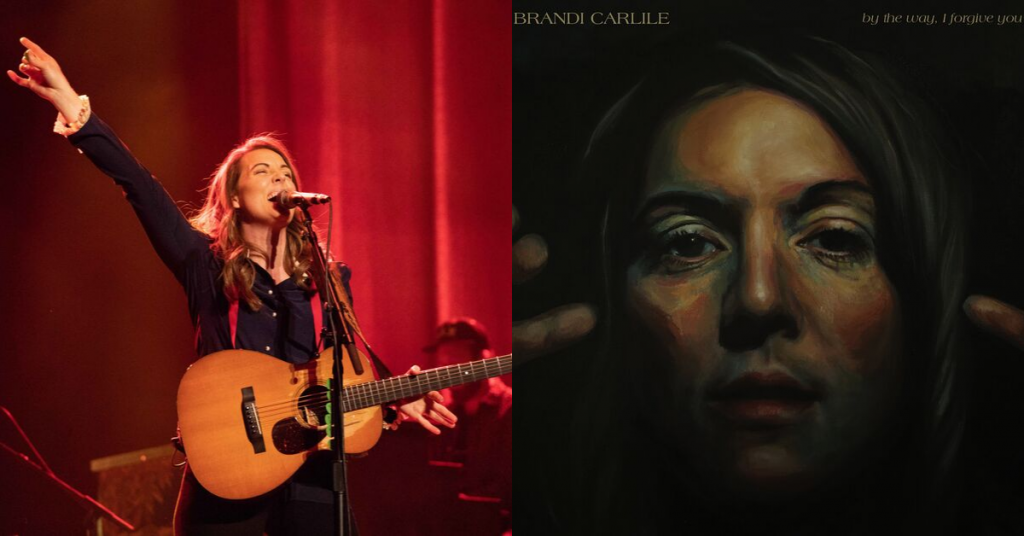 This Album Ain’t No Joke

“I stand firm behind the belief that, for me, songwriting isn’t something that I do or command, it happens to me.” — Brandi Carlile

Three-time GRAMMY Award-winning singer, songwriter, performer and producer Brandi Carlile is currently in the midst of a landmark year following the release of her Grammy Award-winning album, ‘By The Way, I Forgive You‘. Produced by Dave Cobb and Shooter Jennings and recorded at Nashville’s historic RCA Studio A, the album includes ten new songs written by Carlile and longtime collaborators and bandmates Tim and Phil Hanseroth, including “The Joke”.

Of her breakthrough performance of the song on the live GRAMMY broadcast, The New York Times proclaimed, “Carlile’s vocals were robust, ragged, full of sneer and hope. On a night curiously light on impressive singing, it was an uncomplicated, genuine, cleansing thrill,” while the Los Angeles Times called it, “triumphant” and Rolling Stone described it as, “breathtaking.”

Of the album’s lead single, “The Joke”, Carlile said, “There are so many people feeling misrepresented today…so many people feeling unloved. Boys feeling marginalised and forced into these kind of awkward shapes of masculinity that they do or don’t belong in… so many men and boys are trans or disabled or shy. Little girls who got so excited for the last election, and are dealing with the fallout. The song is just for people that feel under-represented, unloved or illegal.”

Former U.S. President Barack Obama named the track as one of his favourites of 2017.

A remix of “Party of One” featuring English singer-songwriter Sam Smith was released as the second single on October 17, 2018. Upon release, it was announced that a portion of the profits from the song would benefit Children In Conflict, a non-profit that aids children affected by war.

Over the course of their acclaimed career, Carlile and her band have released six albums, including 2017’s ‘Cover Stories: Brandi  Carlile Celebrates 10 Years of the Story’ (An Album to Benefit War Child), which features 14 artists including Dolly Parton, Adele, Pearl Jam, Kris Kristofferson, The Avett Brothers, Margo Price and Jim James – with a forward written by Barack Obama – covering the songs on Carlile’s 2007 breakthrough album ‘The Story‘. Profits from the project benefit Children in Conflict via Brandi Carlile’s Looking Out Foundation as part of its ongoing campaign to raise $1 million for children impacted by war.

Listen to the award-winning album ‘By The Way, I Forgive You‘ with acclaimed lead track “The Joke” 🎸

Get your tickets here.