Peter Noble OAM began the Bluesfest koala program with the Koala Ecology Group from the University of Queensland 9 years ago.

As a partnership, we have been coordinating a habitat restoration program, and have already planted more than 300 Koala food trees at the Bluesfest site, with more to come. The plantings are aimed at increasing habitat and providing important linkages. 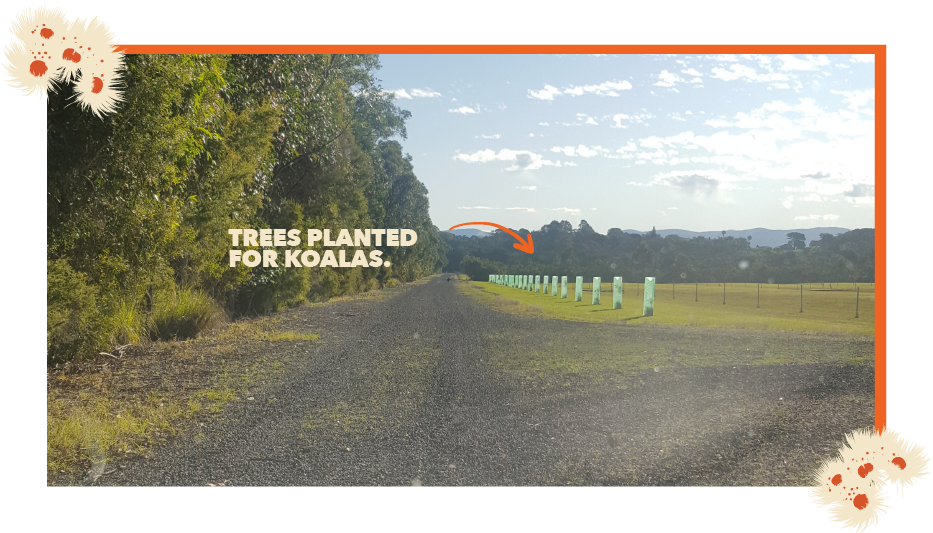 Our studies have never been about counting the Koalas. Our study, including GPS tracking, has always been about producing a disease-free Koala colony on the Bluesfest site. In order to do that, we regularly have the UQ researchers attend and capture the Koalas humanely, and give them veterinary health checks.

If Koalas are found to have chlamydia, the terrible highly-prevalent Koala disease, we take them to Australia Zoo Wildlife Hospital for treatment.

We have had a lot of success, with many Koalas treated and returned to the site. However, over the years, because we adjoin a national park in fractured bushland with little connectivity, male Koalas roam to find females to breed with and in doing that, we have had chlamydia re-introduced to female Koalas. It’s been heart-breaking but our dedication is endless.

Over the years we have lost some koalas to disease, while others have been unable to breed due to being infertile. Samples collected from some of the Koalas were recently examined by a specialist laboratory in Germany, which found they had heritable tumours. The lack of gene flow due to habitat fragmentation and the highway has helped perpetuate these health issues in the local Koala population.

As a result, we have become convinced that the introduction of disease-free fertile female Koalas to sites that are suffering from an inability for Koalas to immigrate and roam freely is critical to the future well-being of Koalas in our region. We need to explore new ways to save our dwindling Koala populations, and we need progressive government policies that will enable positive conservation actions.

These findings are fundamental as we cannot save the Koalas if the Koalas are inbreeding and unable to reproduce. “This is what – if all we ever achieve –is this one incredible medical outcome then we have done more to save the Koalas than I ever believed we would when I began this program nine years ago.”  Says Peter Noble

“Because it’s not just about growing trees, it’s about having healthy disease-free Koalas that can breed successfully and grow populations. That’s the only way we will save koalas. That’s what we have been working on.” 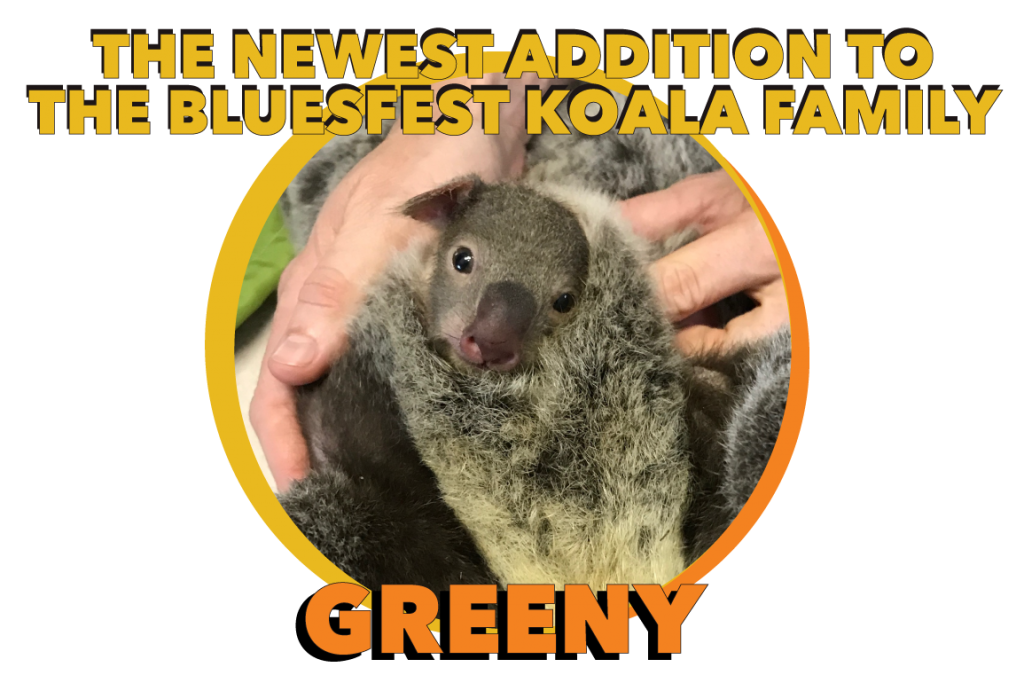 After much in-house consideration and talks with many of the artists in the Bluesfest family, it has been decided the new baby Koala will be named “Greeny” after the late great music legend Peter Green who passed away in August. Originally called ‘Peter Green’s Fleetwood MAC Blues Band’, Peter was the founder of Fleetwood Mac, and he is still considered to be one of the greatest guitar players that ever lived.

Bluesfest fans were amongst the fortunate to witness the man play live as some of his last performances ever were at Bluesfest in 2010.

Peter Green (left) is pictured here backstage with John Mayall (right) with whom he played in The Bluesbreakers back in the mid 1960’s.

Peter’s passing impacted many of us deeply and our new little Koala will be a constant reminder of this talented man who penned tracks such as “Albatoss”, “Man of the World” and the song that Santana made famous “Black Magic Woman.” He also gave the best cuddly hugs.

Little “Greeny” is a precious wildlife gem and the love child of mamma ‘Buffy’ and papa ‘Lamar’ – With genes like that this baby is sure to be a star at our new “Koalas of the Byron Event Farm”.