A Bluesfest Journey… with Lambros. 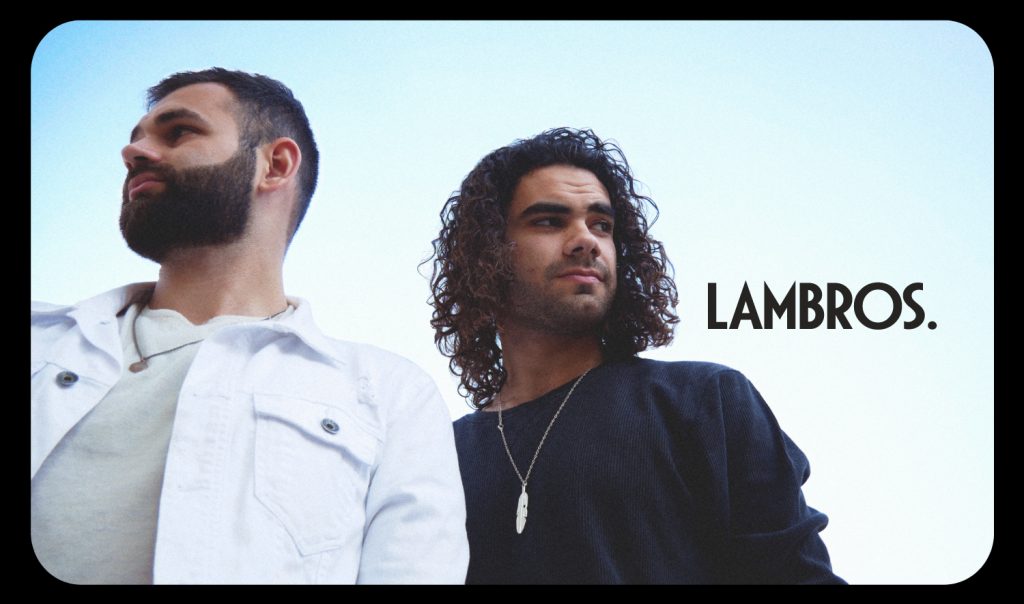 “Lambros. have got that little bit extra that, in a world full of very talented people, gives you that extra edge… I know they will be stunning.” 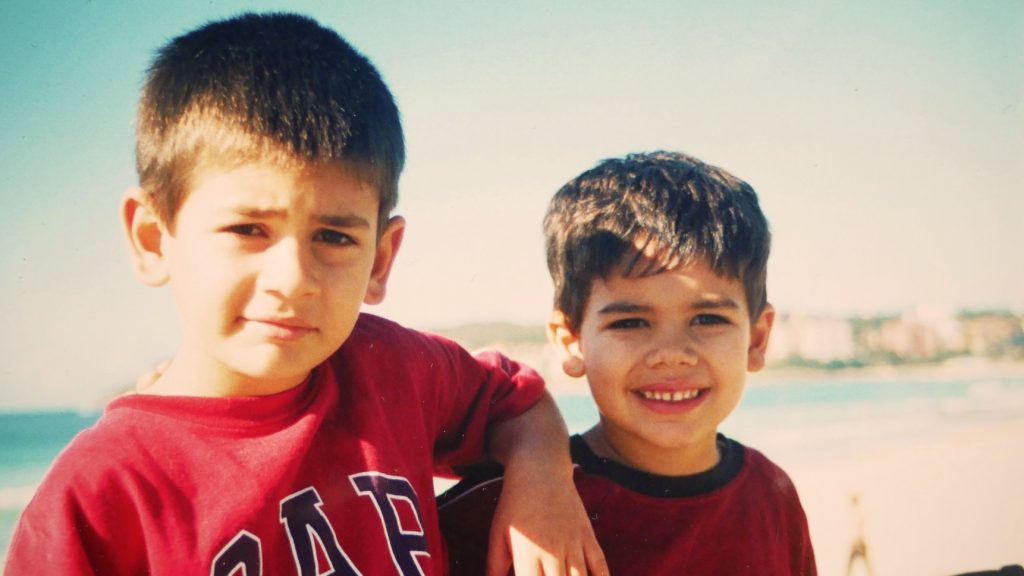 Let’s start at the very beginning…

Born and raised on the Northern Beaches of Sydney, Connor & Harry Lambrou were introduced to music at a young age. Connor picked up his first guitar at 5, and Harry picked up his drumsticks at 7… and they’ve been playing together ever since.

They love listening to and playing different styles of music, with musical influences ranging from James Brown, Led Zeppelin, Sonny Terry, AC/DC to Matt Corby, Chris Stapleton, Snarky Puppy, Tom Misch, Anderson Paak, Larkin Poe, and so much more. Their passion lies in absorbing sounds, techniques, and musical styles while constantly on the search for new and exciting ideas.

Today, Harry plays a custom-built hybrid drum kit, including a homemade Australian hardwood stomp box, cajon, and didgeridoo. Connor utilises emerging technology, and pairs a looper with a huge pedal chain, and a custom-built acoustic guitar to create an enormous range of sounds.

The true elements and key “Lambros.” sound is built on soundscapes, strong vocals, and driving rhythms.

When Connor and Harry were 14 and 16, respectively, it was time to test their sound on a public audience – starting with busking at Manly Beach.

A massive stir occurred, and a huge crowd were drawn in, among them a local gig booked… and just like that, they were thrust into the Northern Beaches music scene and soon were performing at pubs, festivals, and venues all over Sydney. 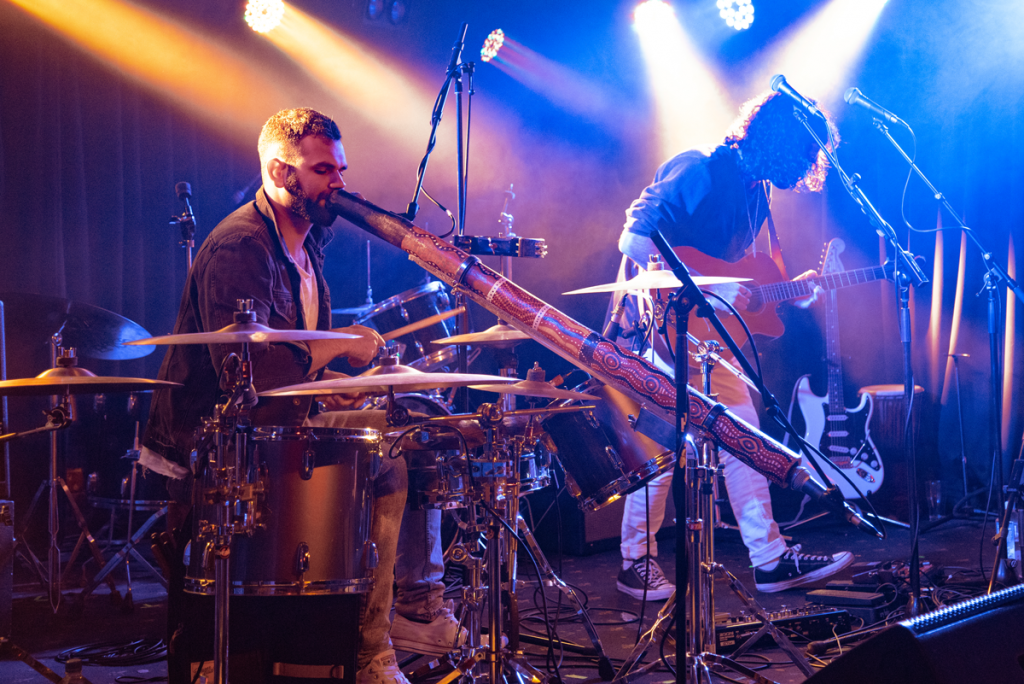 In 2017, Lambros. independently recorded, mixed, mastered, and released their first EP. Their single “Do Something” hit #1 on the AMRAP charts and made its way across the country to countless radio presenters. Their EP went on to be featured on over 80 community radio stations, and their Sydney EP release show sold out, with 300 people packing out the Metro Theatre Lair.

The following three years were met with tours, playing everywhere from Melbourne up to Townsville, whilst continue to write and release singles in between. In those three years, they secured supporting shows for multi-platinum artists such as Thirsty Merc, Mental as Anything and Tones & I, and played at festivals alongside The Cat Empire and Missy Higgins. In April 2019, the Lambrou brothers attended Bluesfest for the second time and were completely and utterly inspired by the quality of artists on the lineup.

“The festival had a heart and soul that was absolutely infectious, and as live musicians, we dreamt of sharing the big stage with the world’s best”

A few months later, in November 2019, Connor and Harry were invited to perform at a booking agency’s event in Cronulla as a part of Australian Music Week. The venue was a Mexican restaurant with a small stage for live music. They started performing to a handful of people, and by the end of the first song, the audience had multiplied tenfold.

Caught up in the performance, little did they know in the corner of the room eating his dinner was Bluesfest Director, Peter Noble. He had wandered in after hearing Lambros.’s first song and settled in to watch the whole set.

Later they spoke and exchanged details, and Peter Noble said: “You guys are different, young, exciting. I would love to work together.”  A few months later, Lambros. were announced on the Bluesfest 2020 lineup, performing alongside some of their favourite artists.

Then the pandemic struck.

Sadly, much like many other artists over the course of the pandemic, Lambros. went from an 8-stop East Coast tour, with their three Bluesfest shows at the pinnacle, to nothing, virtually overnight.

“We know that when it comes around this April, it will be even more special than we imagined. We have prepared for this our whole lives, and we are beyond excited to show the Bluesfest goers what we are capable of”

On top of their impending debut appearance at Bluesfest 2022, Lambros. have just released their latest EP called, “Drive” – it features 6 songs that tell a story spanning the last year of their lives, exploring hope, love, loss, determination, nostalgia, hurt, and so much more, “all experienced throughout some of the toughest times we have faced personally, and that we have all faced together as people living in 2020-21.”

“Drive” the EP is available on all streaming services now. Watch a live performance of their single “Don’t Say My Name” below!