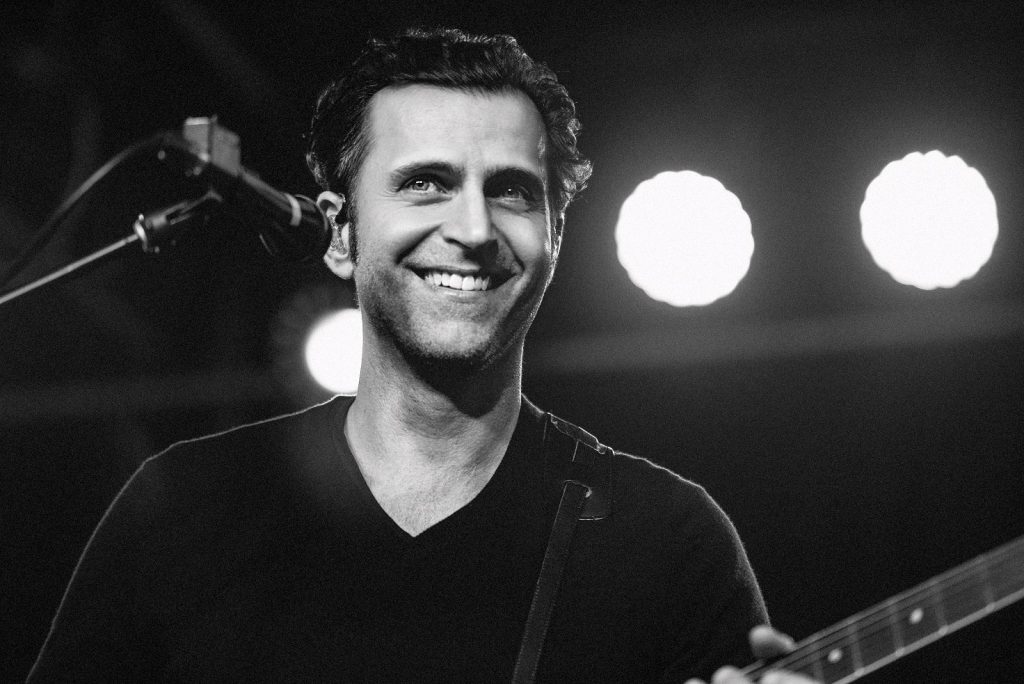 50 years ago, the legendary Frank Zappa released his seminal album, ‘Hot Rats’ and dedicated it to his newborn son.

50 years later and that son, Dweezil Zappa celebrates and commemorates this event by bringing his ‘Hot Rats Live’ tour to Bluesfest Byron Bay and across Australia this April. Dweezil will be playing this incredible album cover to cover. In its track listing order. (Not even Frank Zappa did that live!!) We were lucky enough to catch up with him ahead of his trip down under. Check out the chat below!

Bluesfest:           That’s right. You’ve actually got quite a few dates before you even get to Australia if I’m not wrong. I had to look at the book and it was like, “Whoa, that’s almost every night.”

Dweezil:               Yeah, it’s definitely a pretty tight schedule. We often have tours where it’s anywhere from five to eight shows in a row before you have a day off, and kind of rough going but that’s really the way that things have to be to make it so that you can afford to do these things.

Dweezil:               Well, it kind of all made perfect sense. A lot of times people sort of make requests and say, “Oh, you should play this song, you should do this album,” but Hot Rats is one that we’ve played a few of the songs over the years, but we’ve never played all of them, all in sequence. And it just seemed to make the most sense that, on such an auspicious occasion of it being 50 years old and still so ahead of its time, why not highlight it?

And it’s one of the records that always top the list of fan favourites, even though it has only one vocal song on it. Typically, people respond more to vocal-oriented music than straight-up instrumental, but there’s something about the sound quality of the album and the material on it that it kind of… If you relate it to an audio movie, there’s a lot of feelings of tension and release that happened with it, and you can tell the moments that are in free form improvisation and you can tell the moments that have the total structure.

And it’s that balance between the two that I think really appeal to people when it came out because there wasn’t really a lot of anything like that at that time. Especially with the amount of fuzz-tone guitar and fuzz-tone violin and stuff like that, there was a lot of different stuff happening on the record.

Bluesfest:           Yeah. And that was actually one of my questions. I saw a quote saying, “It’s impossible, it’s unperformable, it’s unfathomable,” what made you want to challenge that and bring Hot Rats to a live stage?

Dweezil:               Well, the thing about it is, there is enough stuff on the record that has structure to it, and then there’s enough structure to what the improvisational sections are supposed to be in terms of straight form, but the ability to then have your own voice and improvise on top of it, and have it be in context to the music, that’s what I always take into consideration when I’m playing my dad’s music.

So for example, the song ‘Son Of Mr Green Genes”, that has a six or seven-minute guitar solo on it, but what he played is so pivotal and so specific in the song that I decided to learn that solo note for note, and I just play it as he played it or as close as I can make it sound to exactly what he played.

And so, playing the notes is one thing, but then also recreating the texture of the guitar sound itself, that’s another challenge that I always take on. And so, I feel like, with that song, it’s pretty amazing that we are able to recreate all of the textures that are going on that recording just with six people.

So there’s a lot of stuff happening on many keyboards where layered sounds are happening, different kinds of organs or sometimes there’s percussion and other things that are happening at various times. And so there are three people that are playing different keyboard things at times and then …… you’ll see there are people picking up different instruments throughout the whole thing.

Scheila Gonzalez, she normally plays saxophone and keyboards, even plays the guitar at some point on “Son Of Mr Green Genes”. Just to get all of the layers and textures that are happening at different points, people are having to work extra hard to get all the things in there.

But what I was saying also is that the playing in the improvisational sections, what I like to do is I like to play certain things that are either specific phrases that began or in the middle or end, something that would have been on the record, but then I would fill in the spaces with my own ideas. But I am using sounds that are so specific and evocative of the record, that I’m able to play in a way that feels it’s all in context to the music. Because I don’t want to take a left turn and suddenly be like, “Oh, this has nothing to do with the record,”  – so that’s one of the big challenges always with my dad’s music.

Bluesfest:           Technology has come on unbelievably since your dad’s day, do you find that you’re still going back to recreate those amplifier sounds and pedals? Are you using originals or are you, if you like synthesizing them and putting them onto keyboards and stuff? Are you using old gear or new gear?

Dweezil:               Well, the technology has evolved in a lot of ways with keyboards, but in terms of guitar equipment, it’s evolved quite a bit too. So I use something called the Fractal AxE-FX, and it’s a digital processor, but it does all the amps and speaker cabinets and effects. And you can do things to such unbelievable degree that it sounds very much exactly like the record, and I can do that from song to song from any era, from any style of music. And I can create presets and have them available at the touch of a button.

So, it’s much easier to create and replicate these kinds of sounds with technology like that, than it would be to have multiple different amplifiers, and all kinds of different pedals, and different ways of switching things. Because, I have done that in the past, but what that ends up being like refrigerator-size racks, filled with things that are really heavy and then you couldn’t… If I was going to come down to Australia, I just wouldn’t be able to afford to bring that stuff.

Bluesfest:           Your musical education, of course, started young with your dad. And you said you started the guitar very young, but I read you had great mentors like Steve Vai and Eddie Van Halen. I mean, how was that as a young kid, picking up an axe and going, “Oh, well Eddie Van Halen is going to show me a thing or two today.”

Dweezil:               Well, so you got to put it in context. At the time, there was no MTV, there was no internet, there wasn’t any way for you to see musicians like those that you mentioned up close, you didn’t know what their voices sound like, you never saw them interacting with people, you only either saw them live on stage or in a photograph from the album cover or liner notes. And so it heightened the experience that much more to be able to have this experience where we had a random phone call come to the house from a guy saying it was Eddie Van Halen. Turns out it was Eddie Van Halen, and then 20 minutes later he was at the house.

And it’s like, I don’t know how or why the call came in, but it did. And then when he was there, I got to see up-close how he played certain things that I only could imagine what they were like from just listening.

And so that was burned into my brain to see exactly where he played certain parts of ‘Eruption’ or ‘Mean Streets’(sic) or stuff like that. And then Steve Vai was in my dad’s band at the time, so I got to take a few lessons with him, and he was showing me some of the basic things right when I first started. And I still have a notebook with his lessons, where he’s drawn out some chords and the pentatonic scale, and all these things.

So when it came to doing my dad’s music, the biggest change I had to make was, I had to physically change the way that I attacked picking the right-hand stuff, but then I had to increase my mental capacity for understanding music terminology and things that I skipped over growing up, because I really only would just listen to records and teach myself from that.

Bluesfest:           Well Dweezil, I’ve run way over time with you, but I thank you very much for your time, and I wish you all the best on the road, tour safely, fly safely. And I look forward to seeing you when you come to Bluesfest at Easter. Thank you very much indeed Dweezil Zappa.