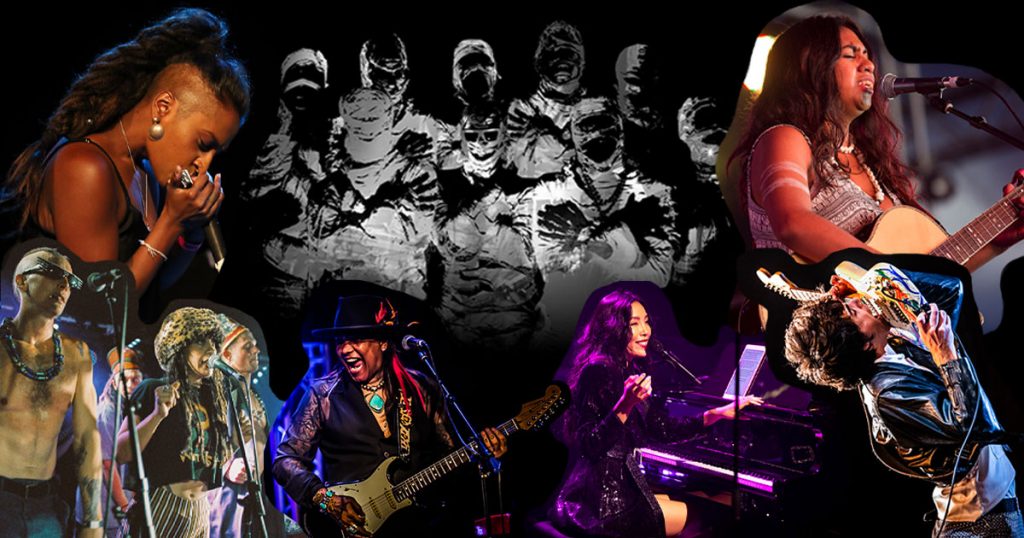 As the Easter Long Weekend draws nearer, it’s about time we dropped another lineup of discovery artists to get you all inspired! From local delights to a blend of ancestry roots, we know this group will not disappoint. Want to know what you’re in for now? Have a listen below!

A ‘terrifying funk from beyond the grave’, brought to you by an eight-piece funk-rock band of 5,000 year-old Egyptian Mummies.

Australian singer-songwriter and virtuoso on piano, Dami Im has topped the ARIA charts, released 4 acclaimed studio albums and has performed all over the world. Not to mention she became Eurovision Royalty in 2016 with her song “Sound of Silence”!

An uncategorisable rock-pop musician and practitioner of world electronic music, of African, Indian and Asian roots. Morgane Ji strives to create the unexpected.

Containing stories from her heart and childhood sung in both English and her traditional language, Emily Wurramara’s debut EP ‘Black Smoke’ amassed over 1 million Spotify streams, rotation on Triple J and a Queenslad Music Award.

Their straight-up-no-apologies-no-explanations-needed music has been called “new-fashioned rock ’n roll.” Dirty Honey bring you meaty melodies, explosive dynamics, tight grooves, bellowing vocals, and guitar riffs that come at you like a heavyweight haymaker.

An explosive multi-instrumental one-woman prodigy of Sri Lankin decent – a sound that was developed while living in her van, busking on the streets and travelling wherever the wind took her. Roshani is as captivating and uplifting as her life story.

Brothers Connor & Harry Lambrou have been entertaining audiences with their unique brand of music, and infectious passion at venues all across Australia.  2020 has them gearing up for a jam-packed year of shows and releases.

A 12-piece funk collective, dripping with raw sexual energy.  THE REGIME has firmly consolidated a reputation as one of the most exciting new artists climbing their way to the top of the live music scene.

Or have a listen here: